The second year of the march again raised some controversy. 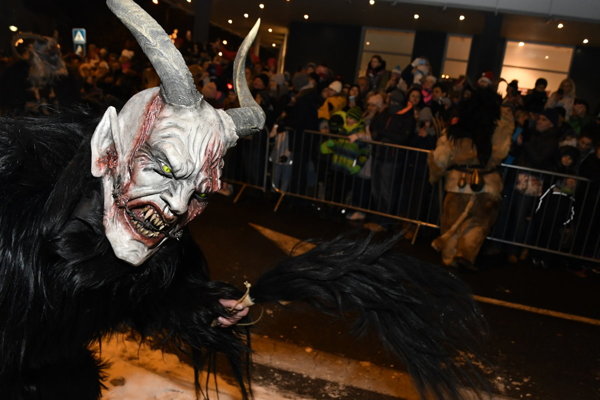 As many as 150 people in Krampus masks paraded through the town of Piešťany (Trnava Region) during the second march. There was an increase in numbers compared with last year, when about 40 devils paraded the streets.

“Most of them came from Austria; there were seven Austrian groups, which represents 100 devils, while the rest came from Slovakia and the Czech Republic,” said the organiser, Ján Románek, as quoted by the TASR newswire.

As last year, this march was also preceded by a petition against it. However, the new official representatives of Piešťany want to collaborate with the organisers and make the march a tradition for the pre-Christmas period.

“We decided to repeat the event because the first year was successful and drew many visitors to Piešťany,” Románek said, as quoted by TASR, adding that the attitude of the town has also changed. “When you start something new, people approach it with concerns. These have not been realised and the town now has a different outlook on the event.” 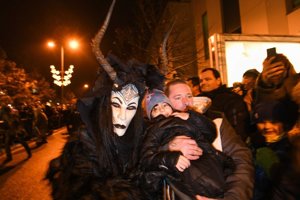 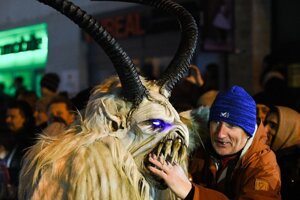 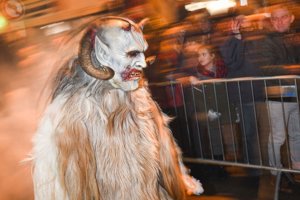 The tradition of the devils’ march comes from the Alpine countries like Austria and Germany. It later spread to other countries like Hungary, Slovenia, Croatia and Italy.

However, devils are no strangers to our culture, explained Jarmila Hluchová, ethnologist of the Balneological Museum of Imrich Winter, as quoted by TASR. 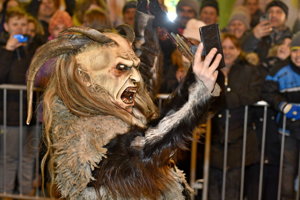 “They marched tied in chains and in cages, which was to symbolise the tying up evil,” Hluchová said, as quoted by TASR. “For Christians it meant that evil forces would be forced to leave.”

Moreover, devils are irreplaceable in Slovak culture. Though the current march is a commercial event and is open to the penetration of other cultures, it is a natural process when we realise that such cultures are blending together, she added.