Let’s take a ride on the Bratislava underground

Bratislava - The Magic Metropolis takes you on a tour of Bratislava on an imaginary underground. 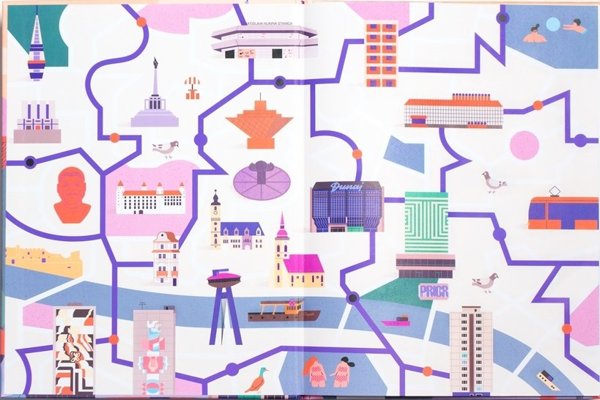 The fictitious metro in Bratislava has 14 stations through which travellers can explore the city. (Source: Courtesy of the publishing house Monokel)
Font size:A-|A+13

The plans for a metro in Bratislava have never materialised, even though some still believe that this means of transport would solve all the traffic ailments of the city. Now, writer Michal Hvorecký and illustrator Simona Čechová are enlivening the idea of the metro in the book Bratislava – The Magic Metropolis.

“I heard about the metro my whole childhood,” Hvorecký told The Slovak Spectator. “They even appropriated my grandma’s garden for its construction. The metro has never been built and we have not gotten the garden back, but this book is an opportunity to finally create the metro and take a miraculous ride on it.”

The fictitious metro has 14 stations and takes passengers through the past and future of Bratislava.

It was publisher Peter Michalík who got the idea to publish a picture book about Bratislava some six years ago.

“At that time, I was travelling a lot and I saw books that, in various interesting ways, inspire people to discover the given city,” said Michalík, who missed such a book about Bratislava.

He shared his idea with Hvorecký. The writer liked it and since his wife had been pushing him for years to write something for their children, he was further motivated. However, the materialisation of this idea was postponed for years. The idea came to life again this spring when Michalík came across original drawings by Simona Čechová.

“This was an excellent catch,” recalled Hvorecký, adding that as an artist, she adopted her own style very young, but they also worked well together.

All three of them regularly met for about six months, thinking about what to portray in the book and how.

“We were creating from scratch the concept of how the story should work, how to present the individual places of Bratislava, which of the many places we like and are characteristic of the city, and which places, on the contrary, we should throw out with tears in our eyes,” said Michalík. 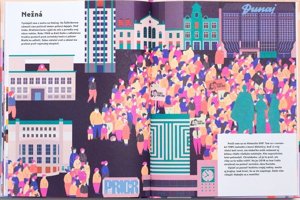 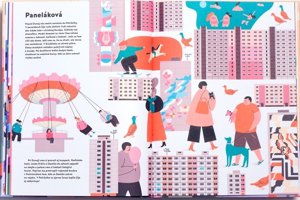 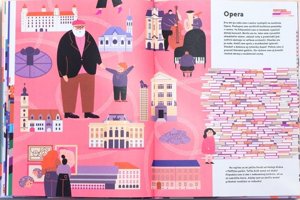 Illustrator Čechová added that they wanted to create a beautiful book about the city they live in and enjoy, despite the fact that she and Michalík do not come from it. Čechová lived for a year in the United States, where she studied at a secondary school, and then attended university in Great Britain.

“Actually, it is quite strange to me when people are divided based on whether they were born or not in a town or a country,” said Čechová. “For me, it has always been interesting to be surrounded by people from different parts of the world. I have never really realised it before, but when I think back , it was always beneficial for me.”