Kuzmina won ahead of Fialková in today's World Cup race. 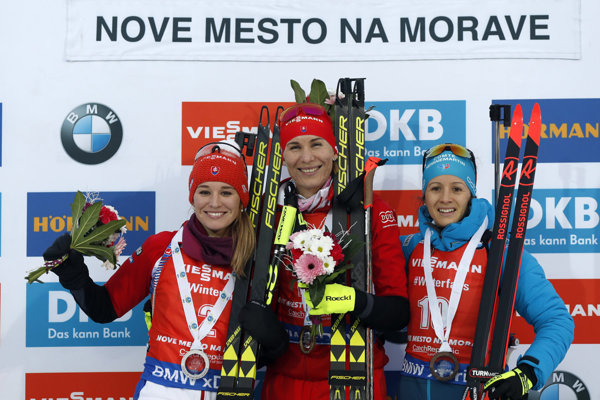 "My time in sport is drawing to an end and I have a great successor," Anastasia Kuzmina commented on the result for the public-service RTVS. 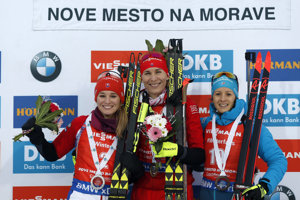 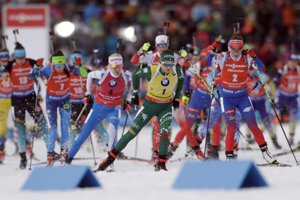 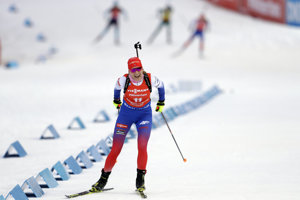 She won the 12.5 km mass start race in Nove Mesto na Morave, Czech Republic. She incurred two shooting penalties but skied strongly to cross the line first in 35:34.4 minutes, 12.1 seconds ahead of another Slovak biathlete, Paulina Fialkova, the Eurosport reported.

"These feelings are out of this world," said the Russian-born Kuzmina. "I wanted to give my fans in Slovakia and in Russia the most beautiful present for Christmas that an athlete can give. It was my biggest wish and it came true. This victory is theirs."

Both Slovaks made it to the head of the race halfway-through the course but for a while the Italian Dorothea Wierer, who currently leads the World Cup scoreboard, led the race.

Paulina Fialkova said that she had wanted to win very much.

"When one is in good shape, one tries to get the best out of it, because it might not come again," she said as quoted by the Sme daily.

The silver medal was Fialkova's fourth podium finish of the season, although she has yet to taste victory, Eurosport noted.

Still, it is definitely her career's best season so far, Sme wrote. She currently ranks second in the World Cup scoring with 345 points, after Wierer with 381. Kuzmina is now seventh with 237 points.

The next World Cup race will take place on January 10 in the German town of Oberhof.

Read more articles by the topic
This article is also related to other trending topics: Ivona Fialková, Paulína Fialková