New Year’s Eve festivities include a run, fireworks, light-laser-music show and much more. 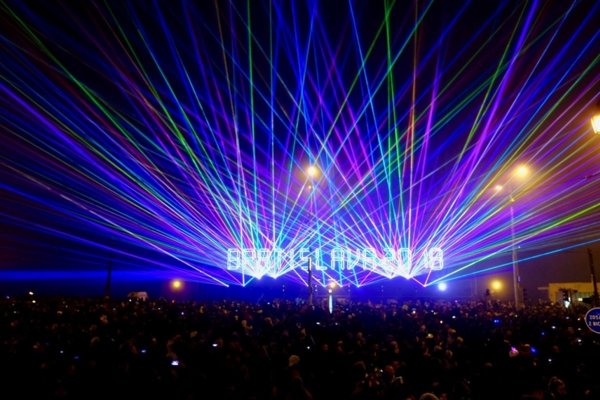 Bratislava will welcome the New Year with fireworks on the Danube River. There will also be a light and music show on the river’s embankment followed with a disco in the centre of the Old Town.

Sport lovers can start the last day of the year with the New Year's Run over the bridges of Bratislava. The 30th edition of this traditional running event will start from the University of Economics in Bratislava in Petržalka at 10:00. The 11.5-km long track will go via Prístavný Bridge, Apollo Bridge, Old Bridge and Lafranconi Bridge. SNP Bridge was excluded from the track due to technical reasons.

Those interested can register online by December 27, while they can register in the morning before the start of the race, from 8:30 to 9:30. 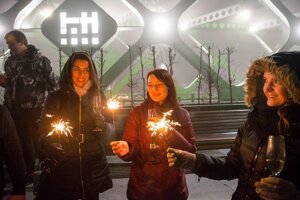 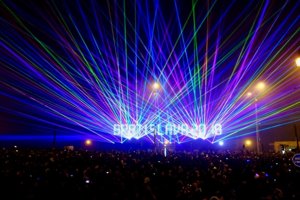 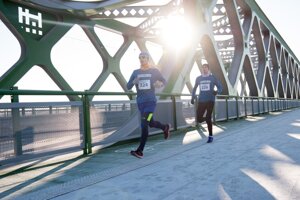 Celebrations of the arrival of the New Year in Bratislava will be similar to last year as the city continues to invest in modern technologies.

“People can experience such a combination of lights, lasers, fireworks, music and an imposing exterior only during New Year’s Eve in Bratislava,” said Pavol Murín from the Hlava 98 civic association. The association is co-organising the programme with the Bratislava city council, as cited by the Bratislavské Noviny newspaper.

The programme will start with a warm-up disco with DJ Hruška on Hviezdoslavovo Square at 22:00. Some Christmas market stands with refreshments will remain on the square.

For visitors of the city’s festivities, it will be a short walk to the Danube embankment to watch a large countdown timer on Ľ. Štúr Square. The fireworks will be traditionally fired from a ship in the middle of the river, accompanied by Strauss’s waltz, The Blue Danube. Like last year it will be interconnected with a light-music show on Ľ. Štúr and Rázusovo Squares, by the organisers of White Night.

In case of good weather the fireworks will be visible from the Rázusovo Embankment, as well as the Tyršovo Embankment on the Petržalka side of the city. After midnight, the festivities will continue on Hviezdoslavovo Square until 2:00.

The city council promises that enforced patrols of municipal and state police along with security guards, firefighters and paramedics will ensure security. 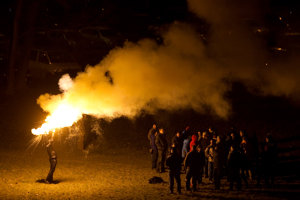 Due to security reasons, people will be able to enter Hviezdoslavovo Square only via six checkpoints. Here guards will check people to ensure they are not taking prohibited items into the central zone. These include glass bottles, knives or other sharp or dangerous items, as well as pyrotechnics. Bratislava councillors banned the latter, except for small sparklers and other less dangerous fireworks, as of November 1. There is no exception for New Year’s Eve celebrations.

The entry points into the central zone on Hviezdoslavovo Square will be at the crossroads of Laurinská and Rybárska Streets (close to the Čumil sculpture) and on the crossroad of Mostová and Medená Streets. Another one will be at Palackého Street from Kúpeľná Street. Guards will also check visitors at Jesenského Street next to the Slovak National Theatre and on Gorkého Street next to Poštová Banka. An entrance to the central zone will be located close to the US Embassy and Strakova Street.

The rest of the city centre will be guarded but not fenced.

Organisers call on those planning to attend the celebrations in the city centre to leave their cars at home and instead use city transport. This is also because Vajanského Nábrežie and Ľ. Štúr Square will be closed for transport from 22:00 until 2:30 the following day.

During Tuesday, January 1, the public transport will run according to the weekend regime.