Majority of entrepreneurs would not want the Slovak crown to return

The main contribution of the euro is the elimination of exchange rate differences and unification of the currency, thus easing trade and administration. 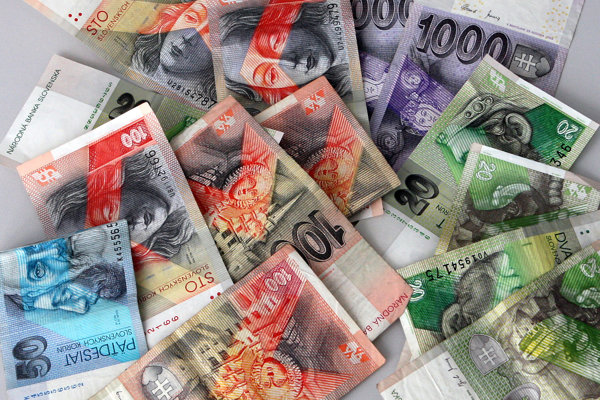 Most entrepreneurs would not want to give up the common European currency, which the Slovak Republic started using ten years ago, on January 1, 2019.

Most of the self-employed and companies (83 percent) in Slovakia are satisfied with the European currency. About 15 percent are unsatisfied. 60 percent believe that the euro has had a positive impact on their business. To the contrary, 13 percent speak about negative influence, according to a poll conducted on the occasion of the 10th anniversary of euro implementation, by the ČSOB bank and the Databank polling agency.

The majority (86 percent) of businessmen, small, medium or large companies would choose the euro if they had the chance to decide again. More than half of the companies (56 percent) do not see any weak point to the euro but four out of 10 talked about the price increase and exchange rate differences.

“It is not surprising that companies with a turnover of over €200,000 declare the greatest satisfaction with the euro (85.7 percent),” commented Dáša Polláková, manager of the micro and small companies segment in ČSOB, as quoted by the TASR newswire.

It is also important, according to her, that small companies and the self-employed are also satisfied (76.7 percent) as they create most of the jobs in Slovakia.

The main contribution the euro has made is the elimination of exchange rate differences and the unification of the currency, thus making trade and administration easier.

“The increase in prices before and after the implementation of the euro does not differ dramatically,” opined the main economist of the bank Marek Gábriš, adding that in three years, Slovakia experienced slight deflation.

The bank also measured the expectation of companies and entrepreneurs in Slovakia. Even though the Index of Company Expectations dropped slightly to 22.9 points, it is still a sign of prevailing optimism.

Satisfaction with the economic situation in the country increased, as witnessed by 42 percent of entrepreneurs, in comparison with the beginning of the year, where this figure was 33 percent.