The story of Bratislava's Town Hall is now accessible to foreigners

Visitors can learn about this architectonic gem via an interactive game. 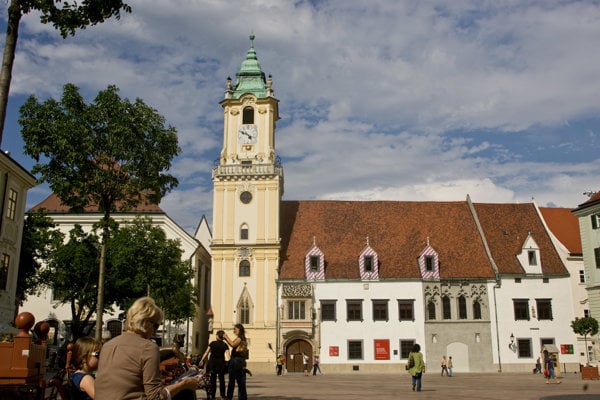 Bratislava City Museum (MMB) has made its new exhibit, the Story of the Old Town Hall, accessible in English for foreign visitors.

The story is in an exposition by the Museum of Town History and shows the virtual story told against a backdrop of historical events, rulers’ interventions and significant personalities in Bratislava's history.

“This virtual walk through the interior of the Old Town Hall offers unique information about its construction and function over a period of about 700 years,” said Beáta Husová, as quoted by the TASR newswire. She together with Martina Pavlikánová are the authors of this unique project.

It is a great experience thanks to its architectonic point of view, the processing of Bratislava’s history and the collection of artefacts. Visitors can form a picture of the Old Town Hall in a very untraditional way and learn about the family of Reeve Jakub and others, together with the story of Alžbeta, daughter of Žigmund Luxemburský, who seized the Hungarian crown and had her son Ladislav Pohrobok crowned king, leading to many years of civil war.

The virtual tour is, thanks to its quality and way of processing, on a level with those of other European museums. It is in the form of a game that serves as an educative tool to get know the architectonic gem that is the Old Town Hall that has stood in the city centre from the 14th to the 21st century.When certain objects are composed in the right order there is an alert sound and an animation of the significant historical event or legend tied to the city hall is played.

The project arose thanks to support of its main partner – Fund for Slovak Art Support. It is a permanent part of the exhibition of MMB.