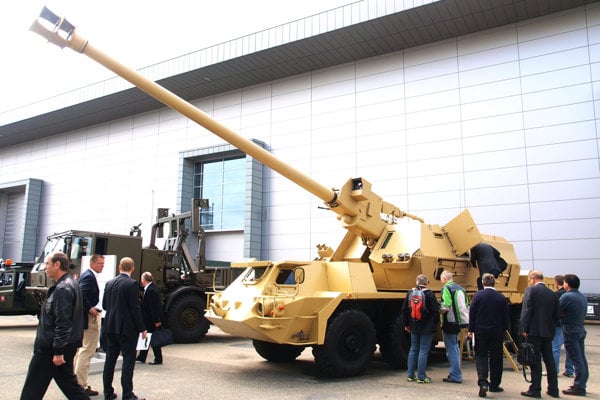 Slovakia’s army will receive 25 brand new howitzers, even though the ones currently in use are no older than 20 years. The purchase was approved by nominees of the Slovak National Party (SNS) at the Defence Ministry.

The contract for 25 Zuzana 2 howitzers, worth more than €172 million, was published on December 21, the Denník N daily reported.

The artillery pieces will be manufactured by the state-run Konštrukta Defence company from Dubnica nad Váhom (Trenčín Region), which is controlled by SNS nominees. Apart from the howitzers, the contract includes a training simulator, spare parts and ammunition.

It is the second biggest military trade completed by the SNS, after the purchase of F-16 fighter planes worth about €2 billion, signed in mid-December 2017, Denník N wrote.

According to the daily, the purchase of the howitzers can be described as “Made by the SNS” since it was made and pushed through by SNS nominees at the Defence Ministry, including head of the service office Ján Hoľko and Defence Minister Peter Gajdoš.

The army allegedly does not need the new howitzers. They received 16, first generation, modern Zuzana howitzers less than 20 years ago and they are still functional.

The purchase of howitzers is one of the quickest ways to spend the Defence Ministry’s money, said shadow defence minister Jaroslav Naď of the Ordinary People and Independent Personalities (OĽaNO) when explaining the purchase. 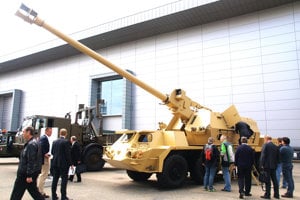 “The price of €172 million doesn’t scream as loudly as, for example, the €400 million paid for eight-wheel transporters, which is why it hasn’t become a topic for discussion,” Naď said, as quoted by Denník N.

Since the ministry will purchase the howitzers from a state-run company, it did not have to launch an ordinary public proceeding and could complete the purchase very quickly, the analyst continued. However, many private companies will participate in producing the howitzers, and thus receive the state money, he pointed out.

Observers also pointed to several other concerns pertaining to the purchase, including the number of new howitzers, which increased from eight to 25, and also the price since the original Zuzana howitzers cost only about €1.1 million per piece, and the current price of the Zuzana 2 is €5 million excluding VAT.

Ex-defence minister and MP Ľubomír Galko (Freedom and Solidarity) wants to ask Gajdoš about the purchase at the next session of the parliamentary defence and security committee. The ministry has responded that the minister is ready to defend the plans, the TASR newswire reported.