Highest chalet in the High Tatras hit by avalanche

The risk of avalanches in the mountains persists. 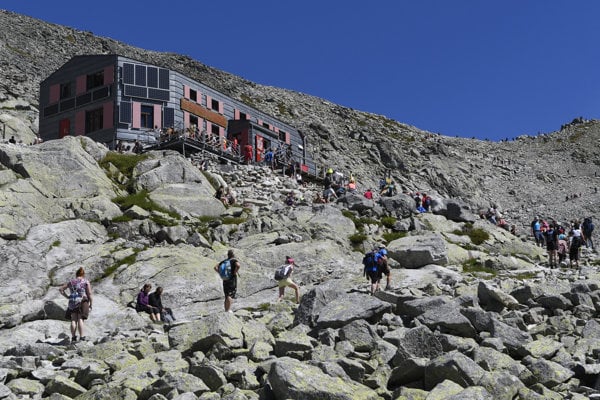 The highest chalet in the High Tatras, Chata pod Rysmi, was hit by an avalanche on January 4.

Nobody was present in the chalet during the accident, the Mountain Rescue Service informed on Facebook.

The avalanche fell from the nearby Ťažký Štít peak. It was about 400 metres long, 300 metres wide and 2 metres high.

The chalet, situated at 2,250 metres, is closed to tourists during the winter. Its owner Viktor Beránek has confirmed that the building still stands, but could not confirm the exact extent of the damage. The current chalet was opened five years ago, after a complete reconstruction. In the past, it has been hit by several avalanches, the biggest in 2000 when the chalet was seriously damaged and part of it was even swept into the valley, the Sme daily reported.

Another chalet had to be evacuated

The avalanche also threatened tourists who were visiting the Sliezsky Dom chalet in the High Tatras. They had to be evacuated on January 6. Mountain rescuers mobilised to help the tourists after the avalanche blocked the access road and a strong gale did not allow them to leave the hotel.

The risk of avalanches in the mountains persists and currently a third level danger warning has been declared, based on the five-level international avalanche danger scale, the SITA newswire reported.