Action plan will support buyers and infrastructure and allow the use of special registration plates, lanes, zones and parking lots. 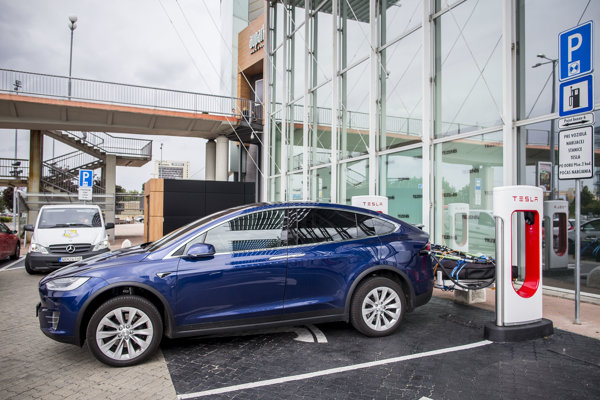 After industrial production, transportation is the second largest polluter in Slovakia today. Thankfully, e-mobility can lead to its reduction.

Reducing transport emissions is an important part in the overall emissions reduction, said Ján Pribula, secretary general of the Slovak Automotive Industry Association (ZAP). However, excessive pressure on e-mobility will have a major impact on the automotive industry, especially on suppliers.

“Since Slovakia is part of this global industry, we can also expect the effects of this development in our country,” Pribula told The Slovak Spectator.

“Well, plenty of controversies about carbon footprints and meaningfulness are starting to emerge in several circles,” Pribula said.

Residents, companies and the public sector in Slovakia are familiar with alternative fuel vehicles that include battery electric (BEV), plug-in hybrid electric (PHEV) and compressed natural gas (CNG) vehicles. Unfortunately, the number of people who buy these vehicles remain low.

Currently, there are about 1,600 BEV and PHEV in the country, according to Peter Ševce, director of the Slovak Electric Vehicle Association (SEVA). The statistics of the European Alternative Fuels Observatory (EAFO) show that authorities registered around 200 BEV and PHEV in 2015, 394 in 2017 and even 469 in the first three quarters of 2018.

“Despite the increase, the share of e-vehicles in the newly-sold vehicle’s market is only 0.6 percent,” Soňa Veveričková, project manager at the Research Institute of Transport (VÚD), told The Slovak Spectator.

Companies are the largest buyers of such vehicles. The most e-cars are now owned by the Slovenské Elektrárne electricity producer, said Veveričková. 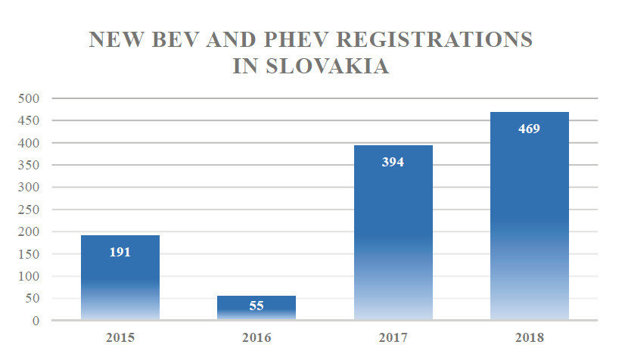 The latest surveys point to a high purchasing potential in Slovakia, but the supply does not correspond with the demand, said Ševce.

“When the carmakers arrive with more models in larger quantity, this discrepancy will fade,” Ševce told The Slovak Spectator. The evidence points to future models with better price tags.

Though the delivery of vehicles lasts five to six months in Europe, Slovakia is at the average number of new registrations.