Smer and SNS voters trust the police most. 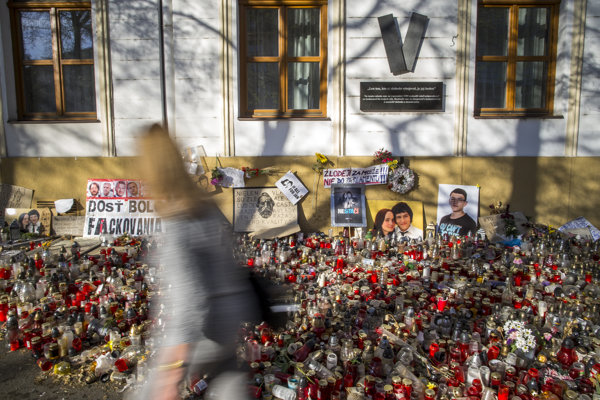 The police improved their image by arresting four people suspected of murdering investigative journalist Ján Kuciak and his fiancée Martina Kušnírová. However, the majority of Slovaks do not believe that the investigators will uncover the person behind the killings.

This stems from a poll carried out by the Focus agency for the Sme daily. It suggests that about 59 percent of respondents do not believe that the case will be closed successfully. Only 36 percent think that police investigators will find out who commissioned the murders.

These numbers prove the scepticism of people towards cases where powerful figures may play a role, said Martin Slosiarik, head of Focus.

“For example, they believe that if the evidence points to powerful people then there will be no interest in investigating it properly,” Slosiarik told Sme.

Research also confirms a general mistrust in the police and their work. It was the murder of Kuciak in February 2018 that caused the rapid decrease in trust in the police. The European Commission published results confirming this in July 2018.

Regular data collection was conducted a month after the murder. The results suggested that Slovakia’s trust in the police is the lowest in the EU, with 55 percent of respondents not believing it and only 38 percent believing they are trustworthy.

The latest Eurobarometer survey shows that trust in the police increased by seven percentage points to 45 percent, while mistrust decreased to 51 percent, Sme wrote.