The Education Ministry has allocated stimuli against the law

Several companies, which obtained R&D subsidies, are unregistered and do not do research. 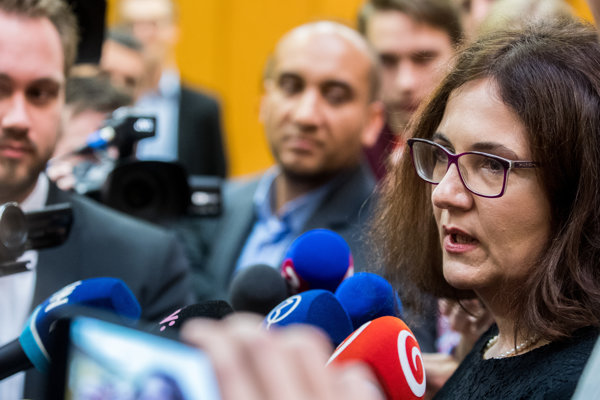 The Education Ministry has recently allocated some stimuli on research and development, amounting to €33 million, to 30 firms unlawfully, the Sme daily reported.

Moreover, some of the companies have never carried out any research.

Education Minister Martina Lubyová (SNS nominee) has pledged to publish the names of the people who assessed the projects, by mid-January, Sme wrote.

Companies were asked to submit their applications for subsidies in mid-September and, after approval, received the money in late 2018.

Some companies, which received the support of €409,000-€1,334,000 from the ministry, have not been listed in the register of public sector partners.

"The ministry did not inform us beforehand about the obligation to be registered," said Bruno Goban of the company Biomedical Engineering, which also obtained the subsidy, Sme quoted.

The Education Ministry has claimed it followed the law on stimuli for research and development, which does not require a firm to be registered if asking for this kind of support, not subsidies.

Andrej Leontiev of the law firm Taylor Wessing, one of the authors of the law on the register of public sector partners, does not agree, calling the ministry's explanation wrong. No exception that would allow a firm not to be registered exists, he told Sme.

"In this case, the firms are without a doubt public sector partners, which have to be listed in the register while the time contracts are valid," said lawyer Martin Černák, as quoted by Sme.

Meanwhile, Justice Minister Gábor Gál (Most-Híd) plans to ask for and scrutinise the legal analysis, based on which the Education Ministry signed the agreement with seven companies. The information the ministry currently has suggest that the agreements could have been signed at odds with the law. In this case, the state can terminate the agreement and ask for a refund of the subsidy, Sme reported.

Stimuli do not come from EU funds

"In the case of the five firms, we did not manage to find any information on whether they did research," said Freedom and Solidarity (SaS) MP Branislav Gröhling, as quoted by Sme, adding that some firms operate in completely different areas, not R&D.

The ministry claimed the R&D stimuli are also supposed to support new companies and startups, which cannot prove their activities in research yet.

Although this ministry's scandal resembles the one from the summer of 2017, when the Education Ministry also allocated money for R&D to companies that had never performed any research, there is one difference, Sme wrote.

The subsidies came from the EU in 2017. This time, the stimuli have been appropriated from the state budget.

SaS also called on PM Peter Pellegrini (Smer) to adopt a clear attitude on the scandal. The Government's Office responded that the prime minister will discuss the subsidies with Lubyová at the January 9 governmental session, the TASR newswire reported.