Besides the Nativity scene, there is an over-sized figure of mountain load bearer. 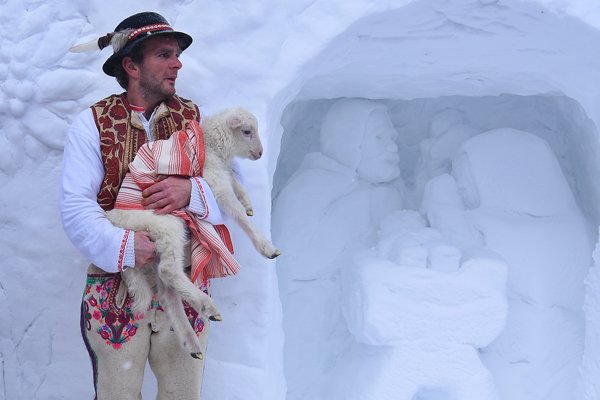 The traditional snow Nativity scene can be seen near Rainer’s Chalet this year as well. It was created by cottager Peter Petras, Sr. He struggled with the lack of snow this year.

“We started to build it around December 10 and we were done on Christmas,” he said, as quoted by the TASR newswire. Petras added that snow came late and the builders had to collect it from the Starolesnianska grassy clearing, yet they succeeded.

“When we had it ready, there was so much snow that I had to remove it to see the Nativity scene,” he said, as quoted by TASR.

“Now it's no problem for me, quite the opposite, it amused me so much. When a person is brave enough to do something, he gets only better and better,” Petras said, as quoted by TASR. 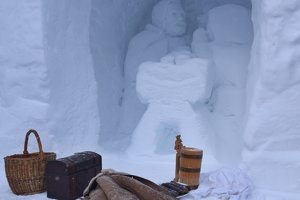 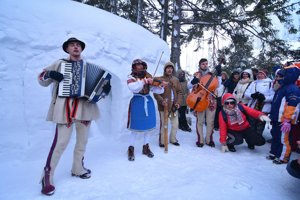 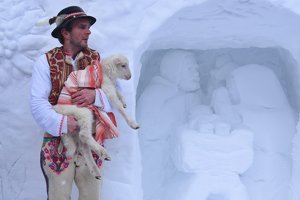 The most complicated task was to create a corpus.

“The snow was very dry, it took so long,” he explained for TASR. The outside construction is made of wooden panels. They put snow on it and when it is 2.5 metres high, they need to use ladders.

The Nativity scene should last until spring, depending on weather. The one from the last year stood against the weather until April.

“We usually make a snow Easter Egg during Easter, from 3.5 to 4 metres and relief decoration on it,” he reminded, as quoted by TASR.

Besides a Nativity scene, there is also the over-sized figure of mountain load bearer made of snow.

“It snowed so much than when people asked me what it is, I told them that it was a bearer covered by an avalanche,” he explained, for TASR.