A businessman from Žilina added the iconic department store to his earlier acquisitions from Tesco. 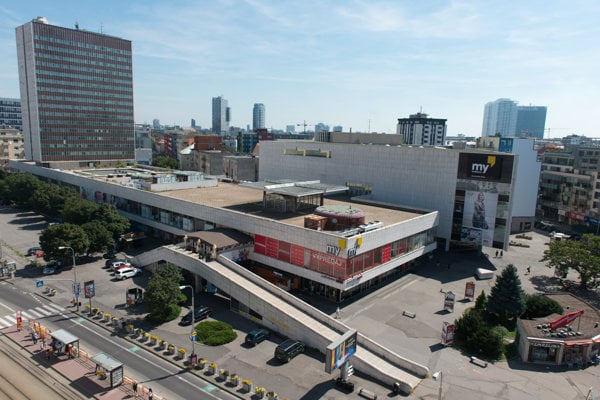 The iconic building of the British retail chain Tesco department store in the centre of Bratislava has changed hands. The new owner of the building is the Mirage Shopping Center company of Žilina-based businessman George Trabelssie. Since 2016 the retail chain Tesco has sold five department stores across Slovakia. Trabelssie, who is close to former chair of the Slovak National Party (SNS) Ján Slota, acquired Tesco department stores also in Nitra and Žilina, the Hospodárske Noviny business daily reported. Tesco will continue to operate in the building on Kamenné Square as it will rent the premises.

“We plan to continue to bring our services to customers in this locality,” said Lucia Poláčeková, PR manager of Tesco in Slovakia, as cited by Hospodárske Noviny.

While the sum of the transaction has not been disclosed, the retail chain plans to invest the proceeds into its 150 outlets and services it provides in more than one hundred towns across Slovakia. In total it now owns 64 hypermarkets, 57 supermarkets and 29 express shops in the country.

Tesco announced its plans to sell the department store in early 2018. While the building has already undergone several reconstructions in order to meet the expectations of customers, it needs extensive funds for its restoration.

What next with the square?

Trabelssie is expected to introduce his plans with the department store to the Bratislava city council and the public soon.

The Bratislava city council plans to promulgate an architectonic contest for the revitalisation of Kamenné Square and adjacent SNP Square. So far, it has held no talks with the new owner.

“We believe that the sale of the department store will neither be an obstacle nor a complication to the city’s intentions,” said Katarína Kohútiková from the media department of the Bratislava city council, as cited by the daily.

Other owners of real estate on Kamenné Square is the British developer Lordship and the city. Lordship negotiated with the British retail chain over the acquisition of the building several times, but they failed to agree upon a price. The developer originally had extensive plans with the square, but later reduced them.

The department store is part of a complex designed by renowned architect Ivan Matušík and built between 1961 and 1973. The building of the then state retail chain Prior was opened in 1968. At that time it was the first department store of its kind on the territory of today’s Slovakia. Apart from the new shopping style, the possibility of shopping for all kinds of goods in one place, buyers also had to get used to another novelty – escalators. On its facade is Bratislava’s calendar carillon clock by sculptor Jaroslav Kočiš. 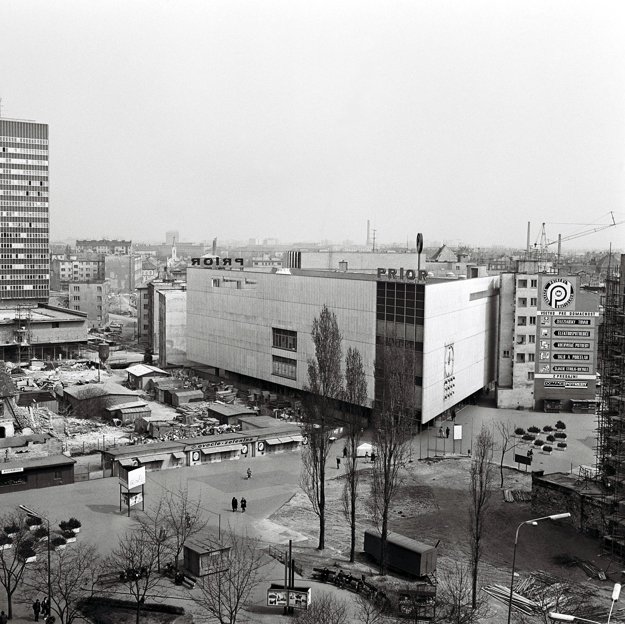 Opening of the first part of the then Prior department store in 1968. (Source: TASR)

Later, the triangle-shaped department store paneled with Slovak white travertine was extended by an oblong-shaped building interconnected with the neighbouring Kyjev Hotel. The project counted on a planned metro underground station under Kamenné Square, the Denník N recalled, but the plan has never materialised.

Architects and other experts, who consider the complex an excellent example of modern architecture, have tried to get the whole complex declared a national cultural monument; so far their efforts have failed.