Suppliers are an integral part of the automotive industry in Slovakia

Lack of qualified labour is an issue for suppliers, too. 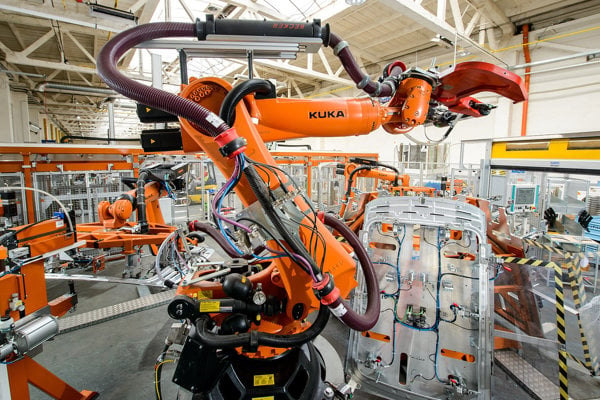 The automotive industry, with the most modern car producing plants, is a leading sector of the Slovak economy. Jaguar Land Rover, which officially opened its new production plant in Nitra in late October 2018, has increased the global presence of Slovakia in car production. After production in Nitra reaches full capacity, Slovakia will produce about 1.5 percent of all passenger cars produced in the world.

“The new investor is bringing in new technologies, systems and methods of cooperation,” said President of the Slovak Automotive Industry Association (ZAP) Alexander Matušek, adding that apart from bringing in JLR’s traditional suppliers, the fourth carmaker is an opportunity for existing suppliers, too. The proximity to JLR’s network of traditional suppliers, the existing network of suppliers and experiences in aluminium components were the main reasons why JLR chose Slovakia for its latest facility.

Apart from four carmakers, there is a network of suppliers and companies from the chemical industry, IT, machine engineering industry, metallurgy and others that contribute to car production, making the automotive sector a cross-sectoral industry.

ZAP assesses the current network of suppliers in Slovakia as well-developed.

ZAP estimates the number of suppliers at about 350 based on its statistics for 2017.

Automotive industry in Slovakia in 2017

Of these, 99 were listed in the Tier 1/system supplier category, which covers those who can manage all production steps from the development of individual components to production and delivery and are the most developed. The Tier 2 category contained 97 suppliers and the Tier 3 listed 151 companies. 40 percent of the goods produced by these companies is distributed within Slovakia and the remaining 60 percent is exported.

“System suppliers significantly support diversification of the industrial mix in Slovakia,” said Maroš Stano, spokesperson of the Economy Ministry, adding that they can also supply their products to sectors other than automotive, like the aero or space industries. “System suppliers that are growing not only in terms of production but also focus on production of components with higher-added value and invest into research and development are especially important for Slovakia’s economy.”

Martin Jesný, industrial analyst at the Revue Priemyslu magazine, sees the number of system suppliers in Slovakia as low while neighbouring Hungary and the Czech Republic have more of such companies. Of the existing companies in Slovakia, he highlighted Matador, Adient, Continental, and Brose.

“System suppliers are the companies increasing the added value generated in the industrial sector, the desired inflow of R&D and the way Slovakia can have its say in how the mobility of the future will look,” Jesný told The Slovak Spectator.

ZAP would also welcome more system suppliers in Slovakia. Right now, it is unsatisfied with the complexity and lack of interconnectivity of the whole supply chain – i.e. from the Tier 3 up to Tier 1 level.

“It is necessary to do more to join suppliers from lower rankings to the supply chains and make the supply chain in the region complete to ensure its effective and sustainable operation,” said Pribula, adding that becoming a Tier 1 supplier is a very demanding and especially costly process that is not easy to manage.

The arrival of new suppliers may be affected by stimuli, the business environment, cost level, security and stability, the education system but also whether there are suitable projects, potential clients, a locality and available infrastructure.

The Economy Ministry expects that the arrival of JLR may increase the number of suppliers.