A hero who saved thousands of Jews

Ondrej noted down the testimony of Walter and Alfred after they escaped from Auschwitz. 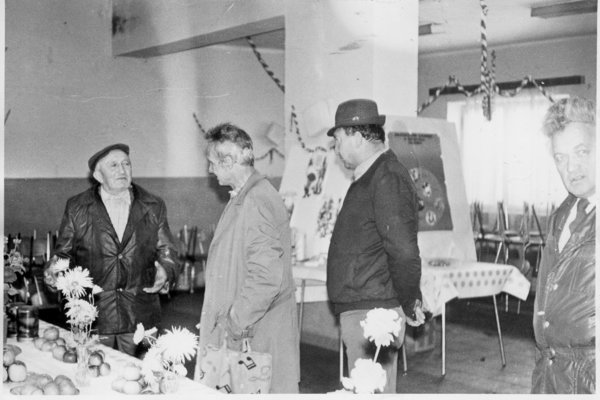 On April 10, 1944 Walter Rosenberg and Alfred Wetzler escaped from the concentration camp at Auschwitz. They walked many days and nights to get back to Slovakia.

Having almost no food and no water and being exhausted after 10 days on the run, they crossed the Slovak-Polish border and found themselves in the field of Ondrej Čanecký in the village of Skalité, northern Slovakia.

A hero, who sold pigs

Čanecký took the two men, who looked half-dead, to his home where they told him their story. He was risking his life as hiding refugees from the camp was regarded as a great felony. He provided them with food and water. In addition, when they recovered, he gave them peasant clothes and after a few days, took them to the local market in Čadca.

The community arranged fake identity cards for them bearing the names Rudolf Vrba (Rosenberg) and Jozef Lánik (Wetzler) and wrote down their testimony about the murdering machinery taking place in Auschwitz.

The testimony of Vrba (Rosenberg) and Wetzler is 32 pages and is also known by the name The Auschwitz Protocols. It is one of the most important documents about the holocaust tragedy.

Their life-stories were also published in books (Rudolf Vrba: I Cannot Forgive / I Escaped from Auschwitz; Alfred Wetzler: Escape from Hell. The True Story of the Auschwitz Protocol).

Ondrej Čanecký was a hero, who not only saved two rundown refugees from the death camp, but indirectly the lives of thousands of Hungarian Jews once the world learned of their testimony.