She baked bread to keep them full

Because of Zlatica and her husband's determination and courage, 10 Jews survived the war. 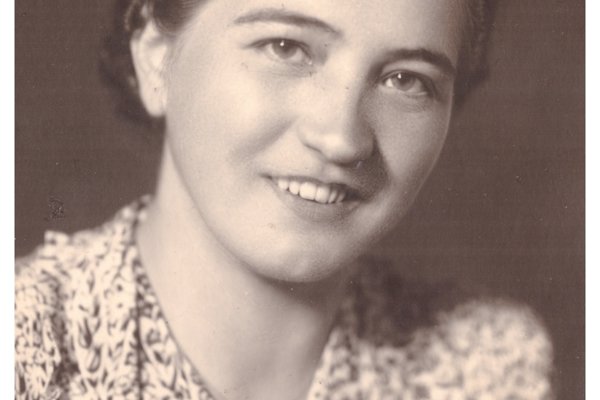 Jozef Engel lived with his wife, Hermína, and their two sons, Andrej (born 1931) and Pavel (born 1934), in Bratislava. The family survived the deportations of 1942 due to Jozef's exemption certificate.

In June 1944 however, the authorities ordered women and children to leave the capital. Hermína moved with her two sons to the home of Július Engel, her brother-in-law. He lived with his family of four in the village of Utekáč, central Slovakia.

They were all living there when the Slovak National Uprising broke out in late 1944.

Utekáč was under the control of partisans. The suppression of the uprising resulted in a mass escape of insurgents and Jews to the mountains.

Július managed to obtain a horse and cart to flee from the village with his extended family. He remembered an acquaintance, Jozef Vojtko, who at the time was the head forester of the local forests in Dobroča, near Čierny Balog, central Slovakia.

Július knocked on Vojtko's door, but he was not at home. Nevertheless, Vojtko's wife, Zlatica, showed the refugees a shelter in the forest and told them she would send Vojtko to them as soon as he returned home.

A few hours later, Vojtko found the two hidden families, who had been joined by three other people. Vojtko brought some food with him, and hid the refugees temporarily in a shed.

When he returned a few days later, he moved them to a hideout that he had built beneath the ground, masking the entrance so that no one would find it.

Before the winter came, Vojtko had moved the Jews again to a similar yet more spacious bunker higher up in the mountains.

He regularly visited his wards and brought them food, medication, and everything they needed. Zlatica baked bread for them because they did not want to arouse suspicions by purchasing inordinate amounts of baked goods.

Every time Vojtko visited the hideout in winter, it was an ordeal; he had to cover the footsteps he made in the snow so as not to be followed.

All ten Jews survived. Jozef Engel spent the last few months of the war in Bratislava and, when the war was over, he emigrated with his family to Israel. His brother Július and his family remained in Slovakia.

The families stayed in touch with the Vojtko family.

The Commission of Yad Vashem recognised Jozef Vojtko on August 20, 1994 and Zlatica Vojtkova on September 26, 2017 as Righteous among the Nations.