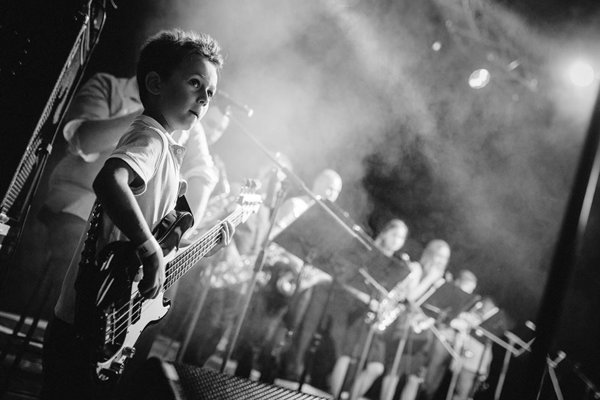 Áron Hodek received his first guitar as a Christmas present in 2016. Over twenty-five months, he has managed to wrap more than a hundred thousand Instagram users around his pinky finger.

His older brother Dávid (21) broke through years ago. When he was five, the world praised his talent.

The time has come for Áron to shine, though. Timbaland, an American rapper and producer, is the latest artist to praise this little genius for his feel of music.

Timbaland shared a video, which Dávid had posted on Áron's profile, writing: "Come on now!!!! Next up is the man @aronthebassist." Before him, the American producer posted a video of another genius, a little drummer boy.