It is time to stop public information from being effectively hidden from public view. 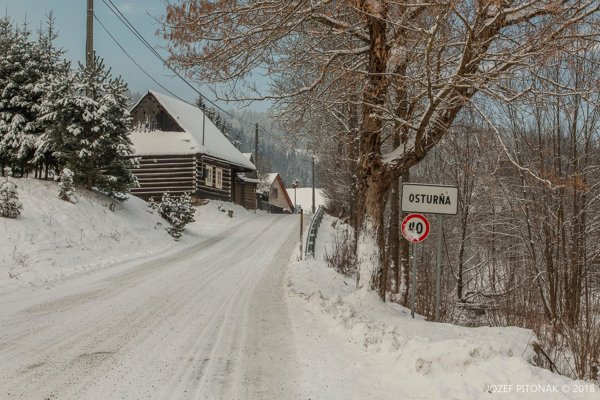 Ever since my arrival in Osturňa, I have heard gossip about suspected grift and illegal activities perpetrated by various villagers. I would happily describe them here in detail if afforded both the print space and the legal protection from prosecution for slander. But the salacious details of previous scandals would only distract from the latest scandal in the village.

As happened all around Slovakia, the 2018 municipal election took place on a Saturday in November. On voting day, it was reported that around 30 non-residents holding Osturňa permanent residency cards (trvalý pobyt) arrived by van to cast their vote. It is believed that they may have helped swing the election results in favour of the incumbent mayor, who won by less than 30 votes.

A motion was subsequently filed by the Election Commission with the Constitutional Court to review the voting results. I am told the court is now evaluating whether the election results should be confirmed or invalidated. The questions of whether, when, and how the court will communicate their findings to the citizens of Osturňa remain looming in my mind. Surely the mayor will not make the announcement.

After the vote, it was embarrassing and shameful to later see the mayor on television hiding from reporters in her house when they came to talk to her about the election results. It was not the first time she had hid from cameras when confronted with scandal. To be clear, I am not accusing the mayor of any impropriety. But she, as our elected representative and spokesperson for the village, has acted irresponsibly towards the media and deserves condemnation. It is her job to communicate with people both inside and outside the village, and to provide clarity to any situations that may arise. Here, she has time and time again failed the citizenry of Osturňa. So I ask out loud: Mrs. Mayor, if you have nothing to hide, then why are you hiding?

Let’s look at the facts. Slovak law permits individuals to claim residency in a given locale if they own property or if a property owner authorises another to reside on their property. The question is whether these requirements were met. If all these “new” residents used the same address for their residency permits, this should raise a red flag. Also, if these “new” residents later reverted to their former addresses after the vote, this too should raise a red flag.

So we, Osturňa residents, now await the decision from the Constitutional Court that should be issued by the end of January. In my heart, I am doubtful there will be a new vote. Slovaks, it seems, are fairly passive when it comes to challenging the government, and the government is equally reluctant to take action except when under duress. So I am sceptical of the pressure we can apply for the change. But should the current mayor remain in office for another term, she will be viewed as illegitimate in the eyes of many Osturňa residents.

The fact that I had to contact someone from the Election Commission to learn of the status of the elections is also distressing to me. This information should be publicly available. So, I propose something both novel and radical for Osturňa and for Slovakia in general: transparency in government.

In 2019, there should be no reason to go to the municipal office to access public information. Everything should be posted online for all to see. Every transaction, meeting minutes, invoices and payments, bid requests, signed contracts, land purchases; everything should be online and searchable. This will eliminate any suspicion of wrongdoing and help everyone in the community to see what is taking place.

It is time to stop public information from being effectively hidden from public view. As we like to say in the United States: “Sunlight is the best disinfectant.” Without sunlight comes secrecy and the potential for fraud.

So, wake up, Slovakia! Your democracy is falling asleep.

Thom Kolton is an American entrepreneur living in Osturňa