It is time to play games, try horn sledging, explore romantic stories at a castle this month, or take part in one of the many happenings in regions around Slovakia. 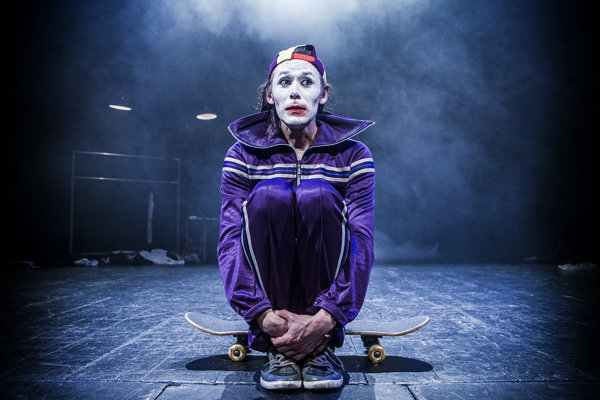 Ball season is in full swing in Slovakia. You can literally find people dancing in every town. For example, miners hold their own mining ball in Banská Štiavnica in mid-February. But if you are not in love and have got no tuxedo or gown, February does not have to be just about love and formal dances.

Here is a list of the ten best events, which will be taking place across the month:

Slovakia is not Berlin or London., leaving some LGBT+ people feeling somewhat isolated. Shanghai Club in Vrútky, central Slovakia, is the only venue in Slovakia, besides Bratislava, where the LGBT+ community and their friends can regularly enjoy parties. If you travel to Shanghai by train on February 2, you will get free admission. If you turn up in the club disguised on February 8, when LGBT+ Carnival takes place, your costume may be the winning one. How about LGBT+ Valentine's Day? That one is scheduled for February 15 at Shanghai. Besides that, Queer Café is held in Košice once a month where you can watch an LGBT-themed film and meet new friends. The Laramie Project is screened on February 25. 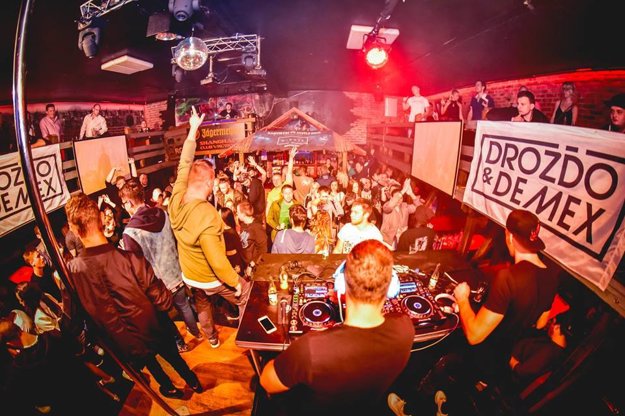 Another international evening returns to Nitra in 2019. This time, an American student and a handful of Slovaks, who studied in America, will talk about the USA. Will they confirm or refute stereotypes about Americans? If you come, you will learn much more first hand. Scribble your questions about anything related to America, from McDonald's to Trump.

A double-bass phenomenon and online sensation. That is what, in part, defines Israeli self-taught multi-instrumentalist Adam Ben Ezra, who plays a show at the beginning of February in Slovakia. He began playing the violin at five and the guitar at nine. Over the years he has added the piano, clarinet, oud, side flute and even beatbox to his arsenal of instruments. But it was the double-bass at 16 that, in fact, changed his life. The Telegraph has even called him a "spellbinding performer". His music incorporates jazz, rock, Latin and Mediterranean sounds.

Benjamin Nikki Reginald Wederell, or simply Ben Nicky, is a DJ from Bristol. He plays the Ministry of Fun in Banská Bystrica at the start of February. He has already played shows at the world's largest festivals, including Creamfields, Paradiso, and Tomorrowland. As well, he is also a music producer, having done remixes for Calvin Harris. Armin Van Buuren has described him as "one of the hardest working artists in the trance scene".

The "Sled Dogs" event takes place in Tatranská Lomnica, the High Tatras, for the tenth time. In two days, you can enjoy skiing and your children can also participate in different competitions. Fairytales, dog dancing, dog sleighs, or avalanche games, will be waiting for the young at heart. Children who come to Tatranská Lomnica, will also set out on an expedition to the land of ice, from the South Pole to the North Pole. In addition, each child who brings a toy dog will get a present.

Bojnice Castle belongs to one of the most romantic and the most bewitching sites in Slovakia. This might be why exhibits which conceal romantic stories, like the one about the loves of Earl Pálfi, the castle's last owner, will be on display in the castle on Valentine's Day. Tales about love will be recounted during a romantic evening by guests from the past. However, if you miss the tour, you can also visit the castle over the weekend, between February 15 and 17. The same tour waits for you between 10:00 and 15:00. 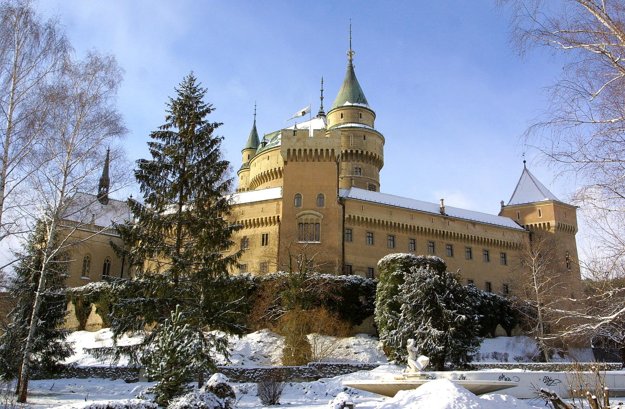 Strategic games, family games, fun games, construction sets, conundrums, table tennis, air-hockey, and chess. The game festival, FestHry, comes back for the tenth time to Trnava's sports hall this February. And that is not all! Children can also enjoy theatre performances, face painting, English classes, dance performances, or bouncy attractions. Get ready, parents. This is not just for your kids to play and but also for you.

Come and enjoy endless fun on the southern side of Mount Chopok and take part in the international horn sledge race, Krňačky (horn sledge in Slovak), which takes place for the second time at Jasná Resort, near Brezno, central Slovakia. The race starts in Kosodrevina and ends in Krupová, which are both parts of Jasná. In addition to horn sledging, traditional music bands will try to make you dance. To reach Jasná, a ski bus will take you there for free from Brezno. More information can be found here. 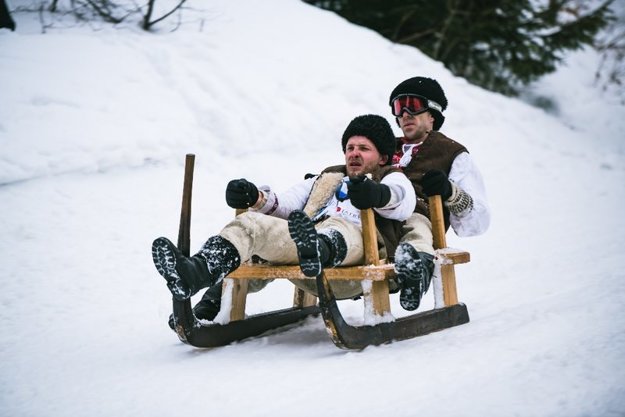 An internationally acclaimed Czech mime will perform his act SÓLO in Banská Bystrica on the last day of February. Vizváry will present classical as well as current poetic and comic works. Though influenced by many mimes and various pantomimes, Vizváry always find his own, unique, way.

10) The Fetishes of Today