Its members could not agree whether the Smer chair met the conditions for running for the post of Constitutional Court judge. 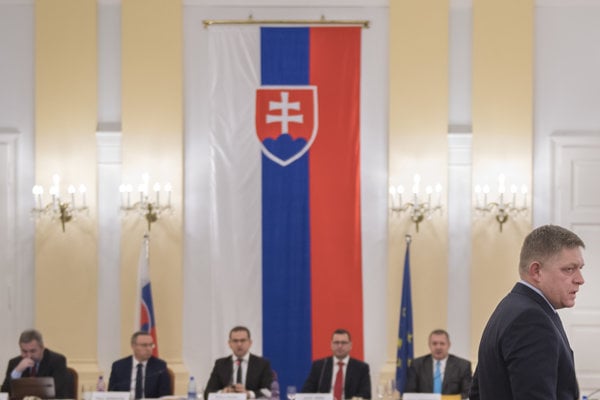 The parliamentary constitutional affairs committee were unable to say whether Smer chair and ex-prime minister Robert Fico met the conditions for running for the post of Constitutional Court judge.

One of the basic conditions is that the candidates have been active as lawyers for 15 years. The opposition claims that Fico lacks one year and three months.

Though Fico submitted documents proving his practice at law on January 25, which included newspaper articles from 2002 claiming that he represented people in court, Ondrej Dostál from Freedom and Solidarity (SaS) did not accept them, the Sme daily reported.

Finally, the committee was unable take any stance on Fico since voting on his candidacy ended in a deadlock when Peter Kresák, who is also running for a post with the Constitutional Court, refused to vote.

However, even if the committee claims that Fico does not meet the conditions, it does not mean that parliament cannot not vote for him. The committee only recommends the candidates, but the final say lies with the parliament which may follow or ignore the recommendations, Sme wrote. 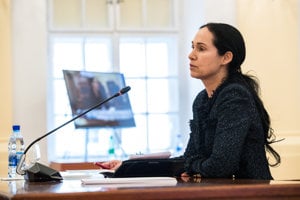 According to the committee’s chair Róbert Madej (Smer), Speaker of Parliament Andrej Danko will now decide whether Fico will remain a candidate or not.

Danko meanwhile said he wants to have a clear stance on Fico’s practice. He has called on Madej to order the committee discuss the issue until they decide whether the Smer chair meets the conditions or not.

“Until the respective committee decides, it won’t be possible for parliament to elect the Constitutional Court candidates,” Danko said in a statement, as quoted by Sme.

He also called on Kresák to join the voting.

Apart from Fico’s legal practice, one of the main focuses of the January 25 hearing was on former chair of the Sieť party, Radoslav Procházka, who helped create the current ruling coalition, despite his claims before the elections that his party would not have formed a government with Smer.

Procházka, who presented as a candidate of ex-culture minister Marek Maďarič, emphasised his legal practice and experience in the field.

“We all have our purpose, our role in which we can be useful,” Procházka said, as quoted by Sme. 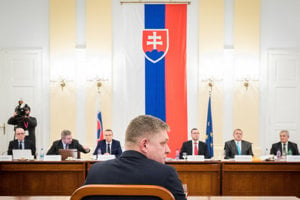 The MPs asked him about truth and his role in forming the coalition. Procházka stressed the integrity of his opinions, which do not always have to be popular. However, he avoided direct answers, as reported by Sme.

Among the other candidates grilled on January 25 was Juraj Sopoliga, president of the Slovak Judges Association, who is known as one of the close collaborators with ex-Supreme Court president and presidential candidate Štefan Harabin. He started the hearing with a monologue lasting for more than 30 minutes, during which he explained that he is not Harabin’s ally, and that they were only sitting together on the Judicial Council.

However, at the time when Harabin led the Supreme Court and also the Judicial Council and dozens of judges complained about bullying, Sopoliga wrote the so-called anti-charter, defending Harabin. He was also one of the judges who submitted a criminal complaint due to judges receiving differing salaries, Sme wrote.

The hearing lasted for more than two hours.

The parliamentary committee also heard current Supreme Court President Daniela Švecová, who stressed in her speech that she has not experienced any attempt to influence or bribe her during 45 years in the judiciary.

“I follow ethical rules and have a clean register to this point,” she said, as quoted by the TASR newswire.

Though she has submitted several proposals to launch disciplinary proceedings against Harabin, MP Miroslav Beblavý pointed out that she had not done so before being appointed to the top post at the Supreme Court. Švecová responded that she has submitted several disciplinary motions and that it was logical to do so only after being appointed because she is now entitled to do so, as reported by TASR.