Teaching values and building character is a sensitive issue in post-Communist countries. 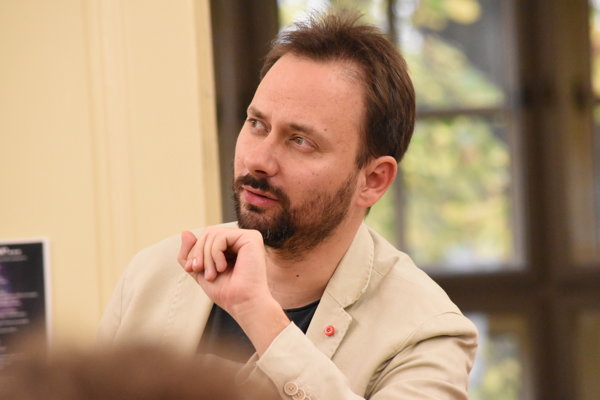 If students learn that a textbook is the only source of the truth, like the Holy Bible, then they don’t learn all the skills of checking their sources, says Matej Sapák, principal of the LEAF Academy, in an interview about Slovakia’s schooling system and its shortcomings.

The Slovak Spectator (TSS): Poor results in international and national comparative testing are often mentioned as an indicator of the quality of Slovakia’s schooling system. Why do Slovak students not perform well in such testing?

Matej Sapák (MS): This is a very complex issue. One part of the story is that our best students tend to do as well if not better than a comparable group of students in many other countries. That shows us that our schools are able to prepare students really well. The challenge is that our group of weaker students seems to be much bigger than comparable groups abroad.

The school system is failing students who struggle the most, who need help the most, who come from disadvantaged backgrounds. Why is that? I think there is still too much relying on memorisation and routine tasks. This only works to a certain extent. It only gets you to a certain point of the test and no further. It doesn't allow individual students to move beyond what they memorised. So when they encounter an unfamiliar problem in a test, they do poorly. And it’s only the top students at top schools who can overcome this and who are even drilled enough to have a very broad scope; or are also taught the technique to take what they’ve learnt and apply it to a novel situation that requires a completely different set of skills than just memorisation.

TSS: Memorisation as in the teacher standing in front of the blackboard, lecturing the pupils who are supposed to write down the lecture?

Matej Sapák is the principal of the LEAF Academy. He studied at a boarding school in Great Britain, an International Baccalaureate school in Bratislava, then continued with Math at Harvard College and finally graduated from the Harvard Law School. He worked for McKinsey & Company and then spent two years in public service helping to write a national strategy for knowledge-based economy. Afterwards he joined LEAF, a Slovak non-profit organisation dedicated to helping talented young people become leaders.

MS: That is the most common version of it, but there are others. Even if the teacher does not actually do the lecturing but assigns chapters to read, students are simply expected to discuss it by repeating what they have read. It no longer looks like memorisation but it still does not require the students to engage in the material.

A critical part of learning requires students to take what they have learned, make it their own and use it in a situation that is new, express their opinion about a written piece, rewrite it in a different form or structure, use it to make a novel argument, to solve a problem that they have never seen before. There is a very interesting challenge that I recently encountered in research, which is called illusion of fluency.

Sometimes we think that a great teacher is one who can engage and excite students and present the material in a way they can easily understand. The problem is that students feel they understand the material because the teacher explained it so well it all makes sense, they feel very comfortable, but when they are asked to apply it and do the work themselves, they are unable to start.

TSS: There were several attempts to reform the education system in Slovakia but all of them have failed by now. What do we need for successful reform?