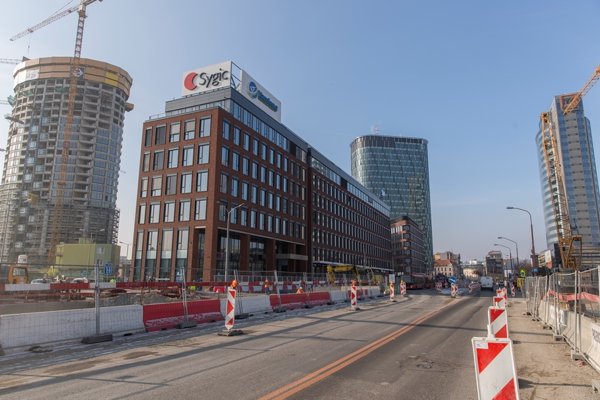 “The traffic will get complicated especially in these zones, but of course, traffic will also be affected in other parts of the city,” said newly elected Bratislava Mayor Matúš Vallo. “These projects cannot continue without the closure of roads as the safety of people could be endangered otherwise. Because of this I agreed with the opinion that the streets must be closed but the closures will speed up the construction work.” 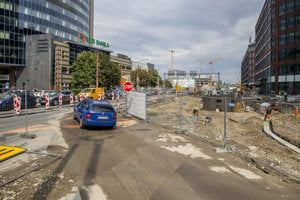 Both related closures will start the same day – February 15. Mlynské Nivy Street will be closed for six months to all traffic. Public transport buses and trolley buses will bypass the closed street via Páričkova Street while other traffic will go via Landererova Street. During the following six months public transport will be allowed to return to Mlynské Nivy Street.

Closed exits from Prístavný Bridge towards Slovnaft and Prístavná Street will have a negative impact on traffic in the whole eastern part of Bratislava. The biggest pressure and increase in traffic is expected on Gagarinova Street and Landererova Street. 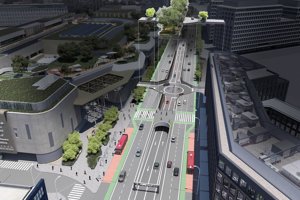 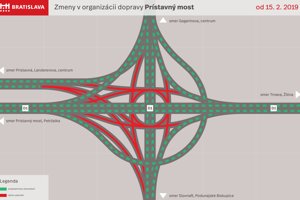 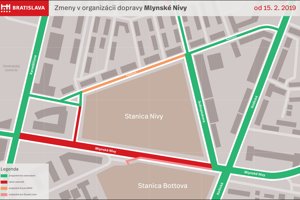 Work on the streets around Prístavný Bridge are planned for two years and will be divided into six phases. As constructions built during the individual phases will be gradually put into operation, restrictions should lessen over the time.

Vallo explains that traffic restrictions were postponed due to decisions by the former Bratislava management and the municipal elections.

“After the election we faced a fait accompli,” said Vallo. “At that time the city did not have any choice as to when these two projects would be carried out.”

This means, that traffic restrictions will hit the capital concurrently. Originally the builders wanted to close the streets before Christmas, but the new city council insisted on having time to launch a massive information campaign as well as to prepare measures to facilitate the impact of traffic restrictions on life in the city.

The information campaign will focus on motivating drivers to use public transport instead of passenger cars.

“While about 600-700 motor vehicles can pass one lane of Gagarinova Street during one hour, public transport is able to transport as many as 3,000 people,” said Vallo.

The city’s public transport company Dopravný Podnik Bratislavy (DPB) is prepared to cope with the increased number of passengers.

“Today a public transport bus stands in a traffic jam because it does not have its own lane,” said Vallo. “We are sure that when it gets its own lane, it will be not blocked by other vehicles. Apart from this we are also discussing the possibility of free transport in this zone.”

“The first such parking place is next to the cemetery in Vrakuňa with 250 parking spaces,” said Vallo. “We want to increase its capacity by 100 places.”

Other parking places will be next to the railway station in Vrakuňa and in Podunajské Biskupice.