They learnt by coincidence. 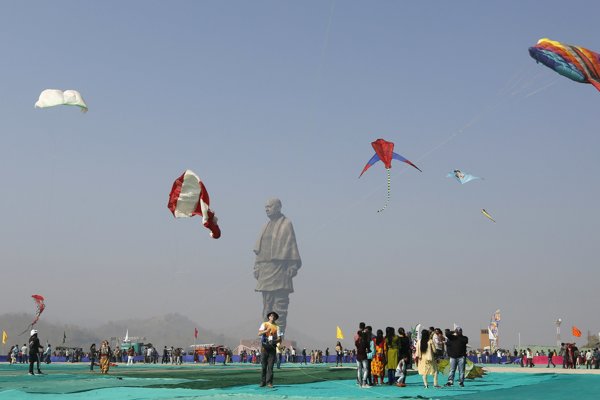 A side product of a metallurgical factory, dust collected when producing ferroalloy, found usage in a unique project. Builders used it when constructing the biggest statue in the world, My Orava wrote.

The Statue of Unity stands in India, measuring 182 metres with a 58-metre high pedestal, coming out to a record-breaking 240 metres. It depicts Sardar Patel, Indian fighter for independence.

Thanks to modern filtering technologies, this dust can be captured, processed and sold to the world as Microsilica-Sioxid.

Microsilica-Sioxid is used to improve the character of concrete. It makes concrete more durable, it improves firmness, waterproofness, and resistance against chemical degradation and rusting. When the statue was revealed at the end of 2018, metallurgists from Orava did not know it.

“We found out only by coincidence that our product was used,” said CEO of OFZ company, Branislav Klocok, as quoted by My Orava. “One of our big customers in Asia mentioned at a meeting that a major part of our production ended up at the construction site of the record-breaking statue.”

The material is ideal for the concrete bases exposed to underground water. In Norway, it is used to construct the pillars of drilling platforms. In Dubai and Saudi Arabia, they are used for a great amount of constructions, including skyscrapers, where there is high humidity and saltiness. They even have it in the rules, said Klocok.

The tallest in the world

The production of Microsilica is not only a good trade opportunity for the factory, but also answer the stricter environmental regulations from Brussels. No waste is generated in the production of ferroalloy. With improved technology and big investments, the factory succeeded in using everything.

The Statue of Unity depicts Sardar Vallabhbhai Patel, fighter for Indian independence. The monument and its surroundings spread over an area of more than two hectares, surrounded by an artificial lake measuring 12 square kilometres.

The overall height of the construction is 240 metres. At the height of 153 metres, there is a lookout platform for 200 visitors. About 2,000 builders were working on construction, costing over USD 420 million. The construction lasted three years.