Average wage exceeds €1,000, but Slovak wages are still among the lowest in the EU. 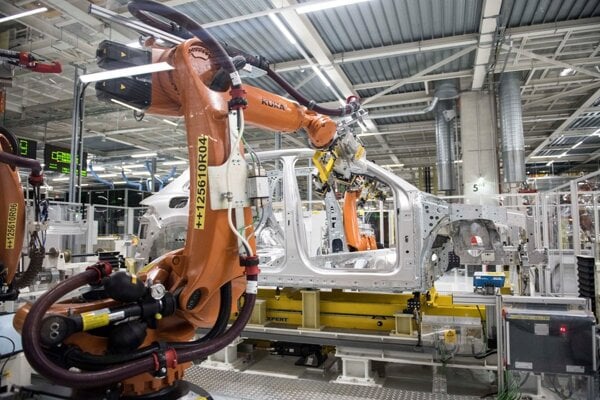 Wages in Slovakia keep going up, driven by the thriving economy, lack of a qualified labour force and measures such as night and holiday surcharges.

Since May 2018, companies have been obliged to pay their employees new work surcharges and a further increase in these is due later in 2019. Also, those who employ at least 50 people must contribute financially to the holiday of their employees for the first time this year.

Nevertheless, Slovak wages are still among the lowest in the EU. Economists see labour productivity as the main reason for this. Slovakia’s average added value generated by an employee was lower than that of Austria and Germany. At the same time, Slovakia’s labour costs are almost one quarter lower than Germany and almost one third lower than Austria.

“Thus, wages at the level of the average in Germany or Austria simply do not make any economic sense for now,” said Ľubomír Koršňák, analyst with the UniCredit Bank Czech Republic and Slovakia, adding that sustainable growth of wages should be driven by growth in labour productivity.

Wages continued increasing in 2018, albeit at a slower pace than in 2017. Still, the average wage in Slovakia exceeded €1,000, based on data from the Platy.sk website which monitors wages on the Slovak market.

In 2018, wages increased by €55 on average, while the basic gross wage, i.e. a wage stripped of bonuses, rose by 5.6 percent, “the second highest increase compared to previous years”, the Profesia.sk job website, which also runs the Platy.sk website, wrote in mid-January.

Basic wages have grown the most in Trenčín and Žilina Regions, both up by 6.9 percent. Trnava Region followed with a 5.7 percent increase. Prešov Region reported the lowest increase of 4.8 percent as well as the lowest average wage of €841. Bratislava Region reported an increase of 5.2 percent, but it also reported the highest monthly basic gross wage of €1,336. This was significantly higher than in other regions, with the second highest basic wage at €982 in Košice Region.

The PwC PayWell 2018 study, based on the data from 281 companies across 17 sectors, also confirmed a strong growth in wages.