Experts' high hopes for education minister have turned into disappointment

Scientists believed Martina Lubyová could save science in Slovakia as she had worked as a scientist prior to becoming the minister. 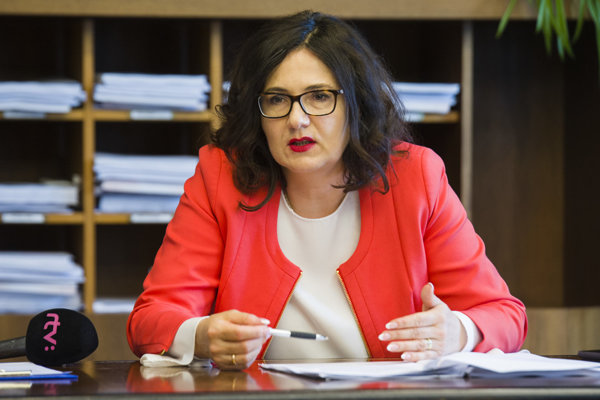 A successful, educated and experienced scholar, as well as a skilled and practised manager, should be a good minister.

This is how education experts spoke about SNS nominee Martina Lubyová when she became the new education minister in September 2017.

Since then, 17 months have passed. Lubyová has achieved an increase in teachers' salaries in primary and high schools, but she has also made several mistakes. The optimism associated with her arrival at the ministry has melted away.

"She did not bring transparency to the ministry and has not paid attention to educating the poor and marginalised children," Jarmila Lajčáková of the Centre for the Research of Ethnicity and Culture (CVEK) expressed her disappointment in the minister's work.

She added she was struck by Lubyová's attitude towards Speaker Andrej Danko's (SNS) dissertation.

The minister responded to Danko's plagiarised work, saying "after 20 years, they cannot criticise you for not having used quotes somewhere".

She said this after a university commission at Matej Bel University (UMB) in Banská Bystrica stated earlier this year that Danko had violated the rules, even though they did not describe his dissertation as a plagiarised work.