Stravinsky: Listening is an effort, and just hearing is no merit 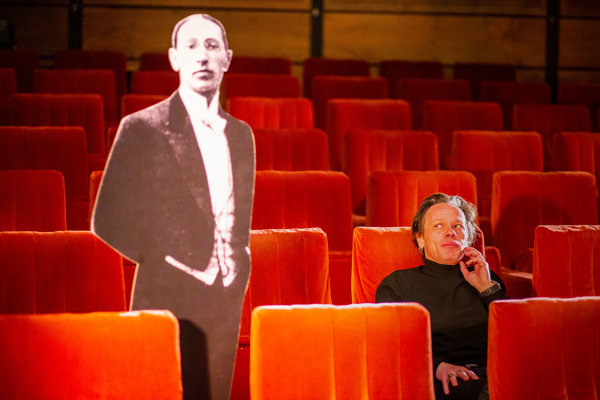 “Russian composer Igor Stravinsky did not stop developing throughout his whole life,” said Jozef Lupták, prominent Slovak cellist and founder of the international chamber music festival Konvergencie. “He could have rested on the laurels of The Rite of Spring or The Soldier’s Tale until the end of his life, but he continued developing. This is fascinating for one life.”

This is why the organisers of the winter edition of the Konvergencie (Convergences) festival tackled this musical innovator after Dmitri Shostakovich, Béla Bartók and Ludwig van Beethoven.

“Our effort is again to bring to the public one of the most important composers of the 20th century in a wider and deeper scope, and touching on various periods,” said Lupták. “Via various compositions, also those that are lesser known but nevertheless brilliant, we want to show his genius.”

The Rite of Spring opens the festival

The Rite of Spring ballet, the savage composition with which Stravinsky shocked more conservative audience and critics in 1913, performed by Miki and Nora Skuta, opens the festival in the inverted Slovak Radio pyramid building on February 13.

“Even though this is one of the 20th century’s best compositions, it only made it back to the stage one decade later,” said prominent Slovak pianist Miki Skuta. The motif of a young girl dancing herself to death, pagan Russian rituals, along with innovative music, generated big discussions among musicians as well as listeners.