Science magazine featured a sculpture from Bratislava on its title page

A Slovak photographer took the photo. 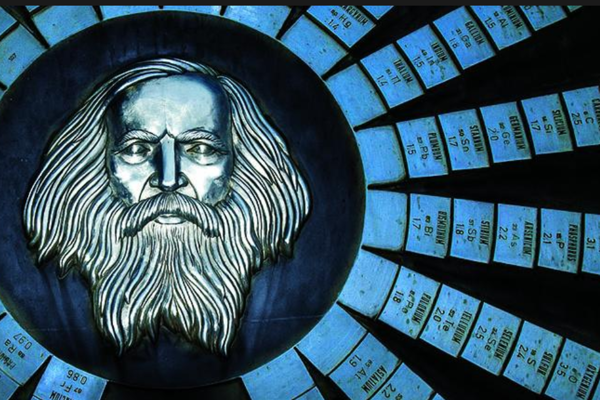 A photo of the sculpture of Dmitri Ivanovich Mendeleev, located on Radlinský Street at the Slovak University of Technology, was featured on the title page of the Science issue from February 1, the Denník N reported.

Denník N photographer, Vladimír Šimíček, took the photo of the sculpture. “The photo editor of Science contacted me. He said that they had chosen the sculpture because it was visually interesting,” Šimíček told the Denník N.

He had specific vision on how to do it – Šimíček took the photo from a ladder and lit the sculpture. Karol Lacko is the artist being the sculpture, who dedicated his professional life mostly to medals and plaques, Denník N wrote. The sculpture appeared in the 1970's when the new building of the Faculty of Chemical and Food Technology on Radlinský Street was under construction. It measured 2 metres.

The issue of Science is celebrating the 150th anniversary of the first proposal for the periodic table of elements.