Male owls lured by bird calls fly in to take a look at the intruder. 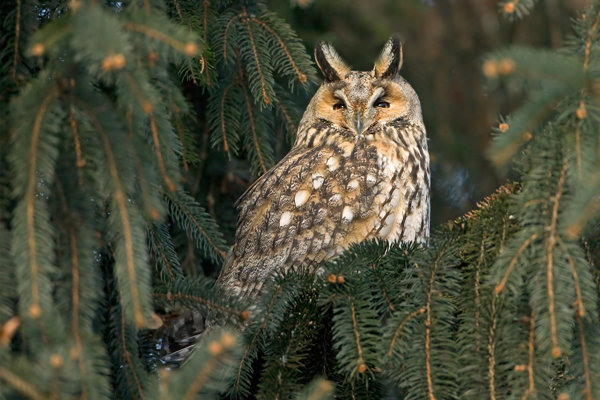 It’s evening at the edge of the forest at Železná Studienka, a popular recreational site on the outskirts of Bratislava. The ornithologist Ján Dobšovič puts his hands to his mouth. He makes a deep “kuu, hu huuuuuuuuh” sound. By imitating the voice of a male tawny owl he is trying to lure these hidden inhabitants of the forests. After a moment, when the answer does not arrive even after a repeated bird call, he uses modern technology. He plays a recording of a real owl’s hooting from his smart phone through an amplifier. After a while, two male owls answer. One of them even flies in to see the potential rival in person. As the night is bright, its typical black silhouette silently flying above trees is highly visible. The nesting period, and thus the best time for watching owls, is just beginning.

“Owls are most often heard when male owls are trying to protect their territory and attract female owls,” said Dobšovič, from the watching.sk, travel agency specialising in animal and nature watching. This is especially the case for sounds that are very typical in this period. 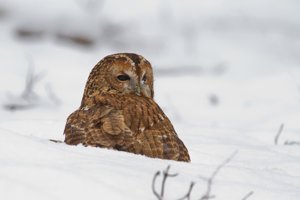 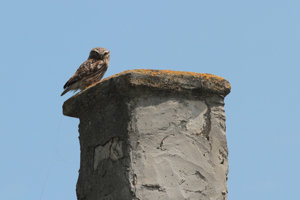 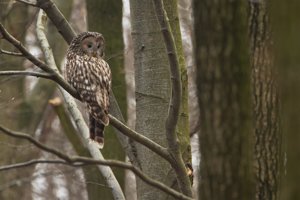 Owls in Bratislava and its surroundings (9 photos)

Owls begin to nest very early - already in February. They cease hooting only when a female owl begins to sit on her eggs or when owlings have hatched. At this time they want to be less noticeable, and they also have other worries while feeding the owling.

The most common is the tawny owl

The tawny owl or brown owl (Strix aluco) is the most common owl species in Slovakia. It lives in virtually every forest including those in Bratislava and its surroundings.

The long-eared owl has a relatively quiet voice and as it does not respond to the bird call so well as the tawny owl, observers have to wait until they hoot naturally.

In the case of the tawny owl, it is the male owl who responds to the bird call. Often, the female owl is also coming to have a look at the invader. Her voice is different – these are short and sharper croaks.

The first owl in their lives

For those who are interested, each February Dobšovič organises a week of evening owl walks, in Slovak as well as in English. In Bratislava, he takes people to the forests at Železná Studienka and the Bratislava boroughs of Rača and Rusovce, mainly showing them the tawny owl. Usually the attendants cannot only hear but also see these mysterious inhabitants of the forests.