The contract should be valid until 2023 when Slovakia is expected to acquire the American F-16. 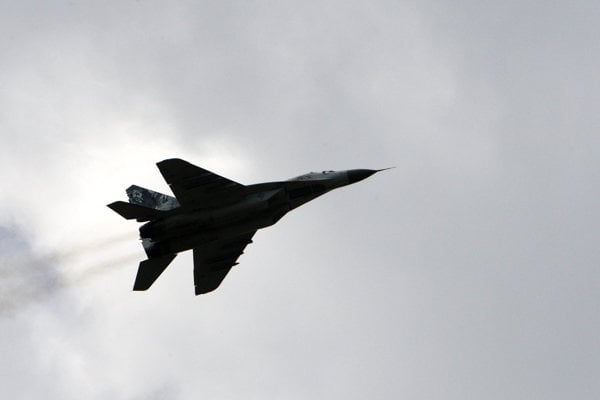 The Defence Ministry recommends prolonging the contract with a Russian company for the operation of MiG-29AS/UBS fighter jets. The contract should be valid until the end of 2023, with the possibility of being prolonged for one year. 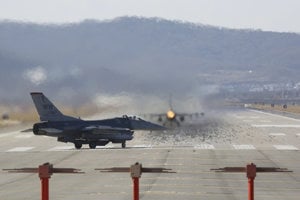 The current technical condition, valid legislation and maintaining the training level of Slovak pilots were the reasons stated by the ministry as reported by the TASR newswire.

The ministry considered three possibilities in the analysis – the protection of airspace by NATO planes, the cooperation with Poland or continuing in cooperation with the Russian state company RSK MiG. Slovakia should pay more than €2.5 million per jet per year with the last, selected option.

Russians will service the MiGs and Slovakia will pay at least €120 millions to RSK MiG. The overall costs for the five-year operation of MiGs should reach €177 million - including VAT, the payments to Russians or costs for repair, which will be an authority of the Slovak army, Denník N reported.

Ministers of Most-Híd, the junior coalition partner, had objections to prolonging the contract, according to Justice Minister Gábor Gál.

“We didn’t vote,” he said, as quoted by TASR. “We stated that we are not happy about the proposal.”

He added that they would be happier if Slovakia got rid of the old MiGs and would not rely on Russian supplies anymore.

Foreign Affairs Minister Miroslav Lajčák said that he would welcome having the document checked by the experts of his ministry.

“I would be glad if the document was not presented directly to the cabinet meeting,” he said, as quoted by TASR. “Now, I have to rely on the assurance of the defence minister.”

PM Peter Pellegrini said that there was probably negotiation about the document of the Security Council when Lajčák was away on an official trip.

The government took the process into account. Pellegrini said it does not differ from the current situation. He also pointed out that Slovakia can also terminate the contract sooner.