One year after the murder: Journalists must be able to do their work freely and without fear

The representatives of 22 embassies and representation offices in Slovakia lit candles for the murdered journalist and his fiancée. 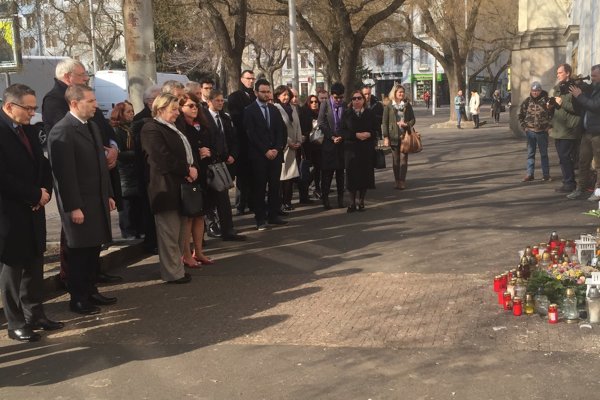 “In all democratic societies, journalists must be able to do their work freely and without fear,” Natasha Franceschi, Chargé d’ Affaires a.i. of the US Embassy in Slovakia, told The Slovak Spectator.

She and the Ambassador of the Netherlands in Slovakia, Henk Cor van der Kwast, initiated the commemoration that took place at the SNP Square on February 21. The representatives of 22 embassies and representation offices in Slovakia lit candles and commemorated the one year anniversary of the murder of investigative reporter Ján Kuciak and his fiancée, Martina Kušnírová.

“We think it’s important to commemorate and underline how important freedom of the press and a good investigation is,” the Dutch ambassador said. 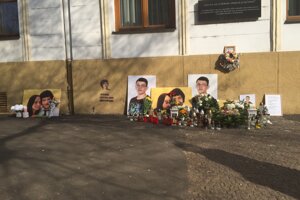 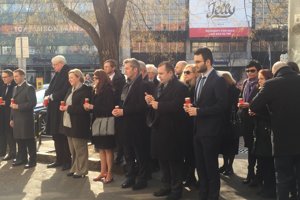 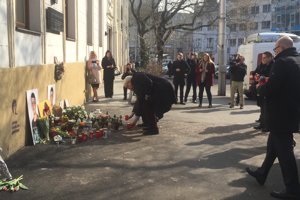 We must send a clear message to everyone that attacks on journalists are unacceptable, according to British Ambassador to Slovakia Andrew Garth.

“It's also important to support the people of Slovakia who want to see justice as well,” he said.

The representatives of the embassies also praised the progress of the ongoing investigation into the murders and expressed hope that those responsible for them will be brought to justice.