In Slovakia, the legal system greatly strengthens employee rights, frequently to the detriment and consternation of management.

Employers most frequently experience this inconvenience when seeking to terminate an employee. This misery is further compounded by the current state of the labour market in Slovakia, where a dearth of skilled labour in certain sectors makes for slim pickings, indeed. As such, employers may have to be resigned to hiring applicants who would not have passed their recruitment processes even as recently as 18 months ago. Such employees sometimes can be diamonds in the rough, but, just as frequently, they turn out to be unable to meet employer expectations, unwilling to adapt to the working environment, and incapable of accepting the corporate culture, and eventually cease to complete their work tasks. For these sadly foreseeable scenarios, companies often seek to mitigate the risk that a new hire is a dud by making use of options such as probationary periods and fixed-term employment contracts. 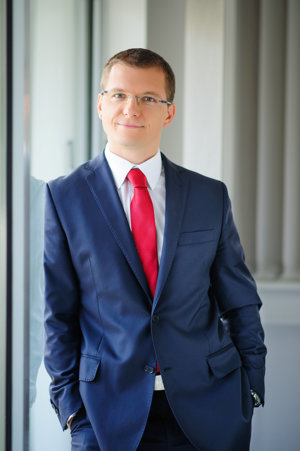 But what to do when an employee is hired, survives the probationary period and only then reveals their lack of fitness?

Slovak law places employers in the position that their behaviour towards their employees has to follow certain rules and principles, in terms of both fulfilling obligations under the Labour Code and other legislation (e.g. occupational health and safety), and complying with their own internal guidelines.

When, upon sober reflection, an employer is forced to conclude that a new hire is not working out, or that an established employee has demonstrated behaviour not sufficient to justify retention, the employer has two alternatives: agreement or termination. The current state of employment relations in Slovakia offers strong incentives to the former.

If the employer is a company with a high number of personnel, and is fortunate enough to be in a market where labour is easily replaceable on the market, the easiest option is to set strict internal conduct rules, and to create procedures for terminating employees who cannot adhere. Employers must ensure, however, that such provisions be rational and are consistently and uniformly enforced. Selective application will result in an employee’s verdict in court.

Under such a scheme, an employee may be terminated for non-compliance, but must be given an initial written notification and warning. Should the unsatisfactory conduct remain uncured within a six month period following the initial notice, the employer is then able to terminate the employment relationship immediately. 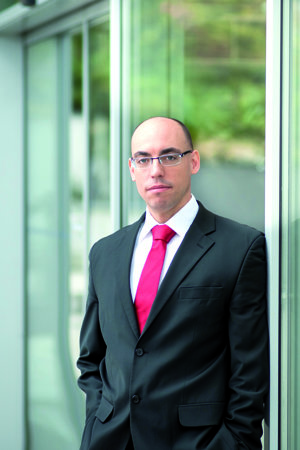 This is the easiest approach for companies employing workers for storage work, line production and other routine machine tasks. Consider, for example, Amazon in the Czech Republic, which requires its employees to be punctual when starting work and returning from scheduled breaks, and warns them of a breach of work discipline when they repeatedly return even a few seconds late from lunch breaks. So long as the policy is applied to the staff equally, it should be valid and offer an acceptable justification for termination.

With these types of work, it is easy to set strict rules often related to occupational health and safety compliance. Bearing in mind, of course, that such an approach does not foster team stability and only applies to easily replaceable employees.

As things stand currently with the Slovak labour market however, not all employers are as fortunate in having a large pool of workers at hand. Taking into account professions with higher added value, employers need more time and costs when replacing a specialized employee, and are often unsuccessful in doing so. In such fields, retention is the north star for HR managers. It is now commonplace in such companies to offer almost extravagant benefits to personnel, such as adapting the working conditions or environment, including setting-up separate rooms and areas for leisure activities during work time (e.g. darts, table football, relaxation zones, and the like). Obviously in such a relaxed environment, it would be absurd for an employer to warn its employees when they extend their lunch break, or pop out for a quick decompression. Still, even in such professions one can find employees that the employer would be better without. How best is an employer to resolve this issue and terminate the employee?

The Slovak Labour Code is quite strict on this point. The employer either must have a statutory reason to terminate an employee (which is difficult in many cases to find), or they must make an amicable settlement. Practically, the latter offers the best and surest way of ending employment, even though it frequently entails a severance pay-out to the employee to entice surrender of rights under the Labour Code. Despite the elegance of a negotiated departure to resolve a thorny employment issue, employers often hesitate in the face of a formidable obstacle: Breaking up is hard to do. Many managers are reticent to broach the subject of negotiated termination, for fear of the negative emotions and reactions that result, and which limit the ability of the parties to discuss the issue rationally. Additionally, in many cases, management would prefer to dismiss an unfit employee immediately, without any severance compensation to set the example to any other unfit employees. Operating under the theory that one cannot always have everything one desires, employers should accept that termination by agreement is the least bad option, and should remain focused on that which matters most: that the problematic employee will soon be out.

The structure of legal protections in the Slovak labour market should give employers pause when looking to terminate employees. As things currently stand, employees hold most of the cards and can ruin an employer’s day (or week, or month or even year) should they seek to enforce their rights as employees. Management has little recourse should a disgruntled employee develop a lingering medical condition that causes extensive work absences, for example. Attempts to terminate employees with immediate effect should be done only in the direst instances of misconduct (think drinking, drugs, theft, etc.). Barring that, management’s mantra should be “Let’s make a deal”. Regardless of the path taken, via agreement or without, employers are advised to discuss the issue with a labour law expert before acting to avoid the pain of doing it incorrectly.