A scooterist charged after driving into a crowd

The incident happened during Donovalfest on March 2. 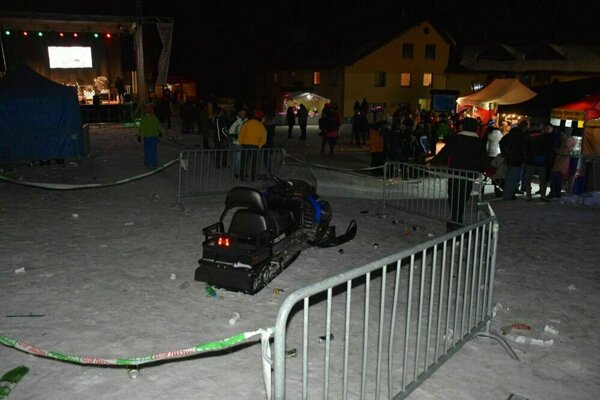 A scooterist drove into a crowd on March 2. (Source: Police)
Font size:A-|A+

The police have charged a drunk man from Bratislava, who drove into a crowd with a snow scooter at the Donovaly ski resort (Banská Bystrica Region). He is accused of threatening people's lives while under the influence of an addictive substance, the SITA newswire reported.

After taking a breathalyser test, the man's blood-alcohol level stood at 1.3 part per thousand. Apart from him, there were three other people on the snow scooter.

The man injured five people attending Donovalfest at the foot of the Nová Hoľa slope on March 2.

Since the drunk man also drove the scooter into a protected area, he allegedly also violated the law on nature and landscape protection, forest workers from the National Park Lower Tatras (NP Nízke Tatry) claimed, as reported by the Sme daily.

The police did not say whether the man will be charged for this crime as well.