New mayor Vallo does not want each borough to create their own parking regulations. 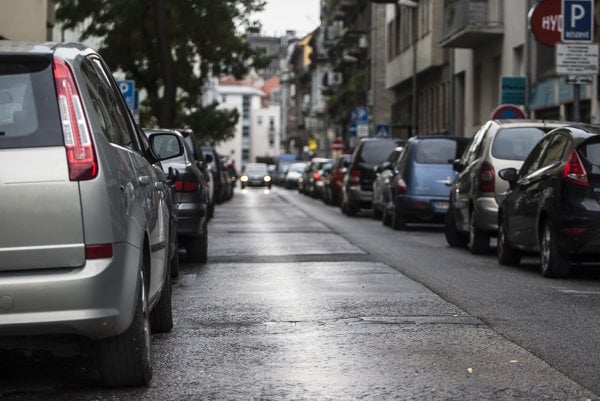 Transport and parking are two of the hottest issues with which the inhabitants and visitors of Bratislava deal with. While it was high on the agenda of the previous Bratislava mayor Ivo Nesrovnal, even two years was not enough for him and his team to put the unified parking policy, adopted in late 2016, into action. The recently elected Mayor Matúš Vallo is planning the launch of the city-wide parking policy in first city zones during the first half of 2020.

Bratislava city council has already organised two meetings with experts on the topic. It will use its results to up-date the concepts of the new parking policy. Negotiations with city council deputies and the mayors of the individual boroughs should have started this week.

“We consider it proper to firstly inform the deputies and mayors,” said Peter Bubla, spokesperson for Bratislava city council, as cited by the TASR newswire, adding that for a successful launch it is necessary to also secure an information and payment system. “Of course, afterwards we will present it to others.” 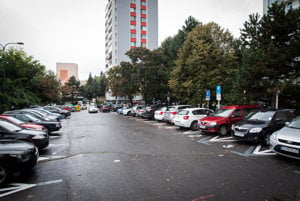 Bratislava city council is also already preparing documents for the related public procurement. It also wants to improve and make more effective the supervision of parking by the municipal police.

“With respect to this we will assume the launch of the parking policy in the first zones of Bratislava during the first half of 2020,” said Bubla.

Jozef Uhler, head of the city’s traffic commission and Mayor of Jarovce explained that the city council is preparing the parking policy as city-wide, centrally organised by the city council. He expects that the process of the preparation of rules and the related generally binding regulation (VZN) will be completed in September 2019 at the latest.

For now, it looks as if it will not be necessary to adopt a new VZN while the one already adopted can be changed in a more significant way.

Not all the boroughs’ mayors agree that the parking policy should be city-wide and they would prefer that each borough has its own parking policy. Also, the Nové Mesto borough does not agree with the idea of having the first parking card per household cost €300. Vallo and his team proposed this price in his book, Plan Bratislava. This book served as his election programme.

“We do not have the right to ask such a price from Bratislavans,” said Katarína Augustinič, deputy of the Nové Mesto council and member of the city’s traffic commission. “But I’m prepared to start negotiating at any time.”

The currently valid regulation on parking from December 2016 has not been put into practice yet. Mayor Vallo said in January that he does not want to sweep it completely from the table, but he refuses to continue with the idea that each borough should create its own parking regulations. Instead he wants to launch a united parking policy for the whole of Bratislava.