Unless the Višňové Tunnel is built by the new deadline, the EU will not pay for it. It is the state's fault, analysts claim. 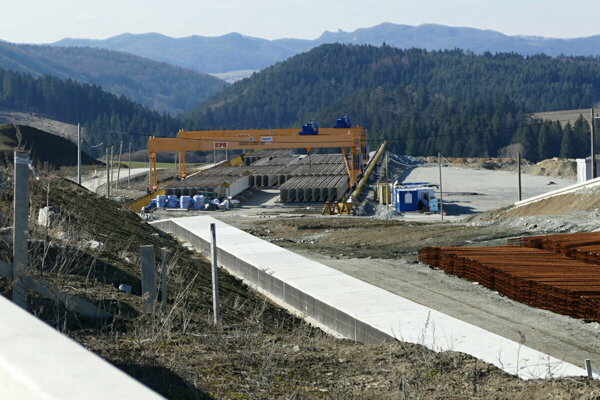 The construction of 7.5 kilometre-long Višňové Tunnel in the north of Slovakia, through which drivers are to bypass the road below Strečno Castle, has stopped. Originally, motorists were supposed to have been passing through the tunnel for several years now. In the end, it will not be completed even by the latest deadline.

The state has agreed to terminate the contract with the current constructor, which is a consortium of Italian company Salini Impregilo and Slovak company Dúha. The latter is owned by entrepreneur Miroslav Remeta from Prešov.

The National Motorway Company (NDS) now has to find another contractor in a new tender.

The NDS assumes the critical stretch of the D1 motorway, between Lietavská Lúčka, Višňové and Dubná skala, near Žilina, will be indeed completed by the end of 2023. However, this term may not be realistic, analysts approached by the Sme daily claimed.