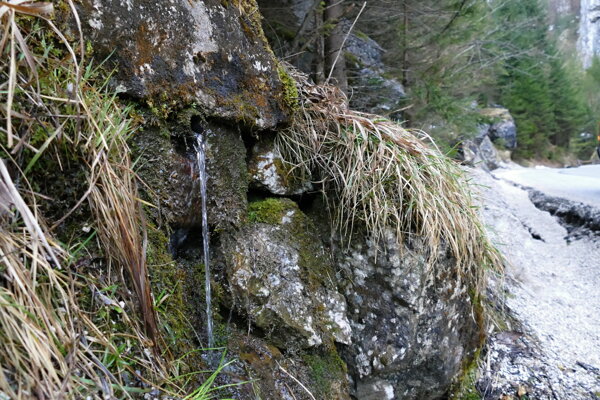 Locals claim that water from the stream in Tiesňavy at the entrance of Vrátna Valley is better than borovička (juniper brandy).

The Urbár Terchová land association oversees the streams. According to its chairman Štefan Muráň, the history of the streams goes back to when a road was built in Tiesňavy.

“The streams were discovered then. Later, nobody cared about the streams, so we took the initiative,” said Muráň, as quoted by TASR. “We did also a water analysis, it is drinkable, better than borovička.”

For drinking and cooking

Jozef Mičo, head of the Rozsutec civic association, opined that the frequency of people at Tiesňavy is really high.

“They see the streaming water and they drink it even any information as to whether it is drinkable,” he said, as quoted by TASR. “People often buy water in supermarkets, but here in Tiesňavy they can fill bottles with fresh and healthier water.” 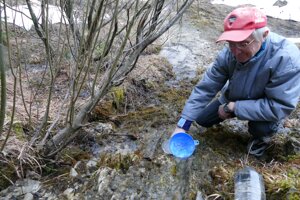 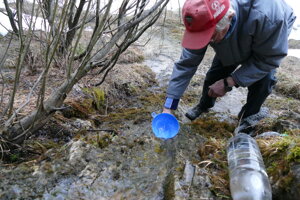 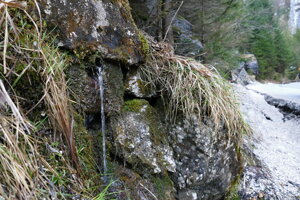 “Many people come here to collect water, especially in summer. I personally use it for drinking, but it is possible to fill several bottles for cooking,” said Ďuratný for TASR.

No farmers to clean the streams

Urbár Terchová takes care of eight streams. “There used to be many streams in Terchová, but they gradually vanished,” said Muráň for TASR.

According to him the simple reason is the lack of cattle. In the past when cattle grazed, farmers took care of the streams, cleaning them. The streams started to disappear when they stopped using and cleaning them. There are a few localities below the peak of Small Rozsutec, but not functioning the way they used to.