Meanwhile, the Foreign Affairs Ministry has released a video, stressing that the US does not plan to place its soldiers in Slovakia. 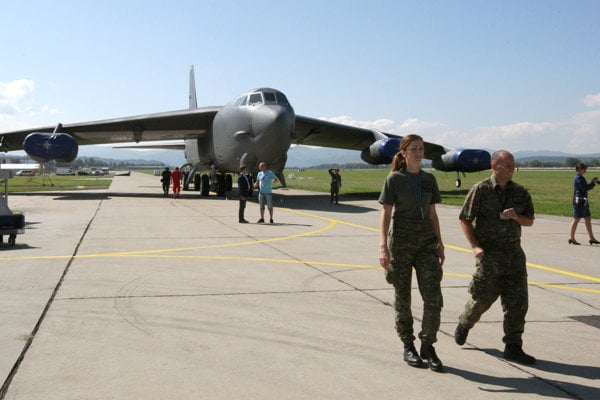 Chair of the Slovak National Party (SNS) and Speaker of Parliament Andrej Danko is threatening to leave the coalition if Slovakia accepts financial aid from the US to reconstruct its military airlines.

“We have to finance our projects from our own resources,” he said during the political talk show V Politike (In Politics) broadcast by the private news channel TA3.

If the US army finances the modernisation of Slovak military airports, Slovakia’s sovereignty will be threatened, he added.

The party is also concerned that the Americans do not offer money without further conditions, and that they will demand closer military cooperation and the presence of their troops in Slovakia.

“Not even a single square metre should be administered by another state,” Danko said, adding that the SNS opposes any presence of a foreign soldier in Slovakia. “If anybody from a foreign army comes here, the SNS will leave the government.”

If the negotiations over the financial aid continue, the SNS will initiate a parliamentary resolution which should stop the talks, Danko stressed. Similar steps were taken in the case of the migration compact.

Meanwhile, Slovakia’s Defence Ministry, led by SNS nominees, ended the negotiations over the investment worth € $ 105 million, explaining that the offer does not reflect the requirements of the Slovak armed forces, the public-service broadcaster RTVS informed.

Most-Híd surprised by the reaction

Another coalition party, Most-Híd, does not understand the radical change in the attitude of the SNS towards the financing of military projects. The investments of allies into the armed forces infrastructure should be perceived positively.

“SNS representatives, including the defence minister, have brought up in discussions the bad condition of our army and the fact that the armed forces are underfinanced,” the party wrote in a statement, as quoted by the TASR newswire. “Therefore we don’t understand the radical change in the attitude of the SNS which implies that there are enough funds after all.”

The party also stressed that the results of the negotiations need to be in compliance with Slovakia and its laws, Most-Híd added.

Meanwhile, the Slovak Foreign Affairs Ministry released a video on Facebook, stressing that Slovakia and the US are not discussing the permanent presence of US soldiers on Slovak territory. 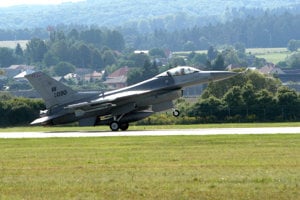 “All the information on this topic presented in the media and claiming the opposite are lies or deliberate speculations,” said Martin Sklenár, head of the ministry’s security policy department.

The ongoing negotiations deal with technical attributes and not the placement of US bases in the country, Sklenár stressed. Moreover, the discussions are not confidential, and their course is similar to that of other agreements. The content of the agreement can only be published after both parties agree on all the details, he explained.

“We want to assure the people of Slovakia that, as our Constitution states, the Slovak authorities exclusively decide and will decide on how we secure the defence of our country as a sovereign state and whether there will be foreign soldiers present on our territory,” Sklenár said in the video.

The Foreign Affairs Ministry has recently become more active on Facebook when responding to various cases involving Slovak diplomacy. Most recently, it commented on the open letter sent by the Russian Embassy in Slovakia in connection with an op-ed piece written by the Defence Ministry’s State Secretary Róbert Ondrejcsák (Most-Híd).

It also wrote a lengthy reaction, posted on its Facebook profile, to the comment of Smer MP Ľuboš Blaha on the security strategy draft. The ministry accused Blaha of spreading lies and stressed that no foreign non-governmental organisation was assigned to write the strategy and that it was drafted by the staff of the Foreign Ministry, other departments and the intelligence services. Slovak NGOs were included in the process.