The Defence Ministry ends talks on US investment in airports

This is due partly to the fear that foreign troops will be placed in Slovakia. The Foreign Affairs Ministry rejects such claims. 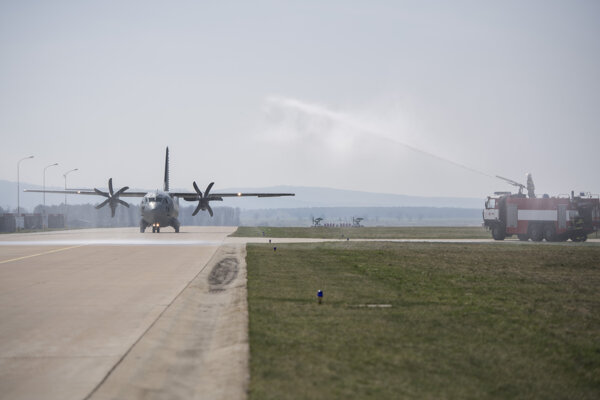 Slovakia’s Defence Ministry, led by the nominees of the Slovak National Party (SNS), ended the negotiations over the United States' € $ 105 million investment.

The ministry explained that the offer “interferes with the property rights and sovereignty of Slovakia”, the public-service broadcaster RTVS reported.

The investment was supposed to be provided as part of the European Deterrence Initiative. The plan was to use the money to modernise the military airports in Kuchyňa (Bratislava Region) and Sliač (Banská Bystrica Region).

“The ministry will no longer participate in the negotiations over the financial aid within the Defense Cooperation Agreement with the United States,” its spokesperson Danka Capáková said, as quoted by the SITA newswire. “Its adoption would threaten the sovereignty of Slovakia.”

What was the problem?

She went on to say that the sovereignty of Slovakia may be “threatened or limited by any creation of legal conditions for the activities of foreign armed forces in Slovakia for an unlimited time, with the possibility to terminate the agreement only 10 years after validity, with a one-year termination period”. 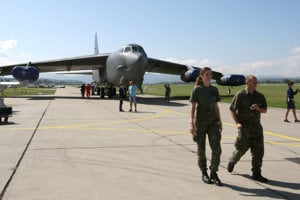 The activities of foreign armies could evolve into the creation of a foreign troops’ base in Slovakia, which the management of the Defence Ministry opposes. If it signed the agreement, the ministry would create a precedent that would enable the placement of foreign troops in Slovakia, Capáková continued.

“It would happen without setting the number of US soldiers, the number of military technology or material without specifying its kind and a specific purpose,” Capáková said, as quoted by SITA.

Following the announcement, the US Embassy in Slovakia pointed out that it represents a change from the ministry’s statements of April 2018 that welcomed US investment in Slovak military infrastructure and their previous cooperation on technical site surveys. The embassy stressed that the investment into Slovak infrastructure through the European Deterrence Initiative (EDI) “will help Slovakia protect its sovereignty and security by strengthening Slovakia’s ability to work within the NATO Alliance to defend itself and its allies”, US Embassy’s spokesperson Griffin Rozell said.

“The United States is not seeking to construct any US military bases or permanently station US troops in Slovakia,” Rozell added.

He stressed that any EDI projects will be subject to implementing agreements negotiated bilaterally with the Slovak government, and that any facilities that receive EDI upgrades will remain the sovereign property of Slovakia.

“We look forward to working with our colleagues at the Defence Ministry and across the Slovak government to clarify Slovak government policy and to continue strengthening our bilateral defense ties,” Rozell said.

The Defence Ministry added that it asked the Foreign Affairs Ministry to lead the negotiations in the name of the Slovak government. It also stressed in a statement published on Facebook that the negotiations have not been finished, and it was only the framework agreement. The details would be specified in separate agreements.

“It is the Defence Ministry’s responsibility to identify the projects that could use the funds while fully respecting Slovakia’s sovereignty,” the Foreign Affairs Ministry wrote. The aim of the negotiations was to submit to the government and the parliament the draft agreement that would use the funds under the conditions acceptable for Slovakia, it added.

The withdrawal from talks would mean the end of negotiations.

“It also means that Slovakia would be the only NATO member state that rejected such an agreement, which may raise questions about our country’s trustworthiness in the eyes of NATO partners,” the ministry continued.

It also did not notice any signs of endangering the sovereignty of countries that have signed the agreement with the US.

US Ambassador to Slovakia Adam Sterling stressed in a recent op-ed that the US has similar Defense Cooperation Agreements with multiple NATO allies.

“While it is premature to speculate on the final form of the agreement between Slovakia and the United States, or other agreements that could follow its successful implementation, I can say two things with confidence: any agreements will be truly bilateral in nature, and any facilities that receive upgrades will remain sovereign Slovak government property,” Sterling wrote.

President Andrej Kiska opines that Slovakia should not reject the aid. While the governmental representatives talk about how important Slovakia’s membership in the EU and NATO is abroad, in Slovakia politicians often present the country's NATO membership as a limitation to our sovereignty. He also reminded Slovaks that Slovakia has a debt towards investments in army modernisation.

“It’s incomprehensible to me that our ally is offering financial aid and we are rejecting it,” Kiska wrote in a statement on Facebook. “Of course, it’s up to the Defence Ministry’s negotiating ability under which conditions and what the agreement should contain.”

He considers the decision to reject the aid absurd.

PM Peter Pellegrini (Smer) opined that such a fundamental decision should have been discussed by the whole government. He learned about it only from the media, the Denník N daily reported on its website.

The matter is not closed yet since it will be discussed at the coalition council next week, the TASR newswire wrote.

Coalition party Most-Híd said it will ask for an explanation as to why the negotiations over the Defense Cooperation Agreement have failed, while the same negotiations were successful in Hungary, TASR reported.

The party will also ask Defence Minister Peter Gajdoš (SNS) from which funds he plans to finance the airports in Sliač and Kuchyňa.

The opposition Freedom and Solidarity (SaS) party meanwhile called on Pellegrini to recall Gajdoš from the post.