She does not know why Zoltán Andruskó identified her as the person who ordered the murder. 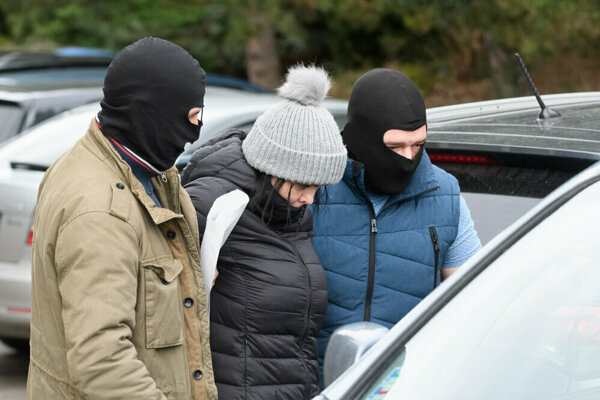 Alena Zsuzsová has denied the charges brought against her in the case of the murders of investigative journalist Ján Kuciak and his fiancée Martina Kušnírová, and ex-Hurbanovo mayor László Basternák.

She was interrogated for six hours in Nitra on March 13, in connection with the latter, the TASR newswire reported.

"She doesn't feel guilty and claims she is innocent," said her defender Štefan Neszméry, as quoted by TASR. "Let the court decide."

He also asked the journalists to respect the presumption of innocence principle until the ruling is issued.

Her friend Zoltán pointed at her

Neszméry went on to say that his client knows only Zoltán Andruskó, who is also accused in the Kuciak case. She allegedly has not met or seen the other two, Tomáš Szabó and Miroslav Marček.

He has also rejected all of the claims made by Andruskó to the police, saying that they come from a repentant culprit. Furthermore, he denied any participation of his client in the two cases in which she has been charged.

Zsuzsová allegedly does not know why Andruskó labelled her the person who ordered the murder, as reported by TASR.

"He named several culprits, one of which was my client," Neszméry said, as quoted by TASR. "She could not understand why because they were close friends. They helped and visited each other."

Neszméry also claimed that Zsuzsová had learned about Andruskó's arrest from his accountant only one day before she was detained. They thought he had been detailed due to some economic crime, so she continued in her usual activities, the lawyer added, as reported by TASR.