What does the biggest construction site in central Europe look like? 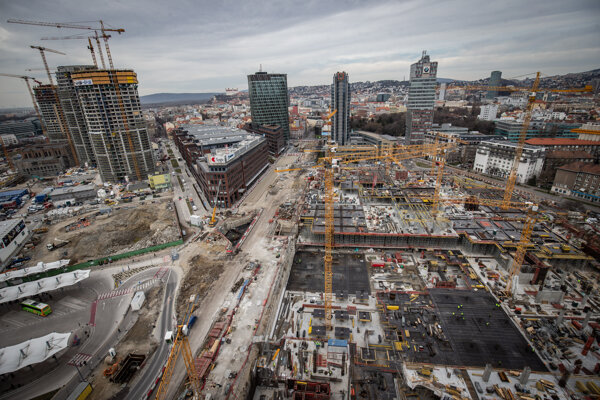 Extensive reconstruction of Mlynské Nivy Street in Bratislava and construction of a brand new central bus station, including an adjacent high rise office building, are progressing. Currently almost 450 workers of various professions and 18 cranes are working on it, the biggest construction site in central Europe at 4.4 hectares large. The developer HB Reavis still promises to launch the new bus station in late 2020. 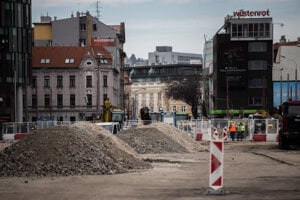 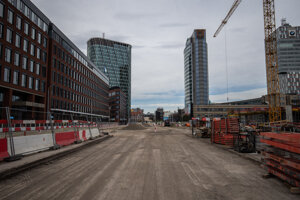 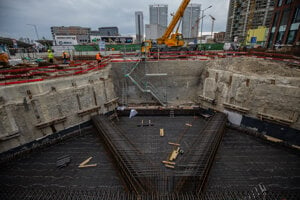 HB Reavis launched the construction of the new bus station in 2017. It will be a

combination of an international bus terminal, shopping centre, market hall and office tower, Nivy Tower. The latter should be completed first, already in 2019. When it is complete it will be 125 metres tall, the highest building in Bratislava, with a restaurant on top. Right now it stands at roughly 86 metres.

As part of the reconstruction of Mlynské Nivy Street, the developer is building an underground roundabout, the first one in all of Slovakia. Due to construction works, traffic on this street was completely stopped for six months. After six months public transport will be able to return, while normal traffic is planned to resume only after an additional six months, i.e. sometime in mid-February 2020. 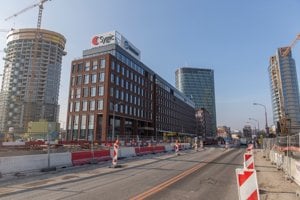