The award winning book contains crucial moments of the initiative and the protests that were held after the murder of a journalist and his fiancée. 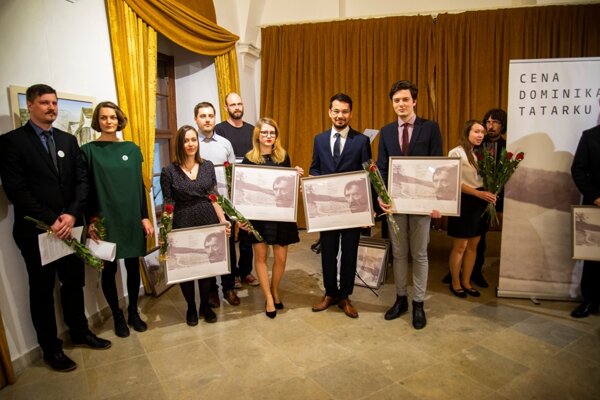 Some of the laureates of the Dominik Tatarka Award. (Source: TASR)
Font size:A-|A+35

Laureates of the 2018 Dominik Tatarka Award

The organisers of the nation-wide protest gatherings that followed the murder of investigative reporter Ján Kuciak and his fiancée Martina Kušnírová, the For a Decent Slovakia initiative, have received the prestigious Dominik Tatarka Award for literature.

They received it for a book entitled My sme tí, na ktorých sa čakalo (We are those you have been waiting for), issued by Artforum.

It contains extracts of the speeches made by people who were speaking in the squares across Slovakia during the gatherings held between March 2 and June 22, 2018.

“For the first time, we are granting the Dominik Tatarka Award to a book that is a text about an event,” said Peter Zajac, chair of the jury and head of the M. R. Štefánik Conservative Institute, as quoted by the TASR newswire. 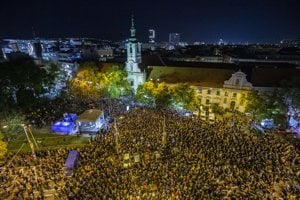 Read also:UPDATED: Protest gatherings will return to Slovakia one year after the murders of Kuciak and KušnírováRead more

The book, among other things, features, via texts and pictures, how the For a Decent Slovakia initiative was created. It also describes the critical moment when the initiative decided to cancel one of the gatherings that had already been announced. The dust jacket features one of the first texts written by Kuciak about the murder of lawyer Ernest Valko.

The jury granted the award to young people for the first time, too.

The laureates received the portraits of Kuciak and Kušnírová, painted by Daniel Fischer as a gift, which they subsequently gave to the parents of the engaged couple.

“We decided to place the painting at the place where they were murdered,” said Jozef Kuciak, father of the killed journalist.

What is the Dominik Tatarka award?

The Dominik Tatarka Award for literature has been granted since 1995.

The Conservative Institute became responsible for granting the Award in 2000, and since 2004, it has been co-operating with the Jury of the Dominik Tatarka Award.

The prize is one of the tools that help the Conservative Institute support culture and, particularly in this case, literature.

It is considered to be the most prestigious Slovak award for literature and it is given to the authors who write exceptional literary works following the humanistic traditions of Slovak culture. The prize is an intellectual legacy of Dominik Tatarka, who was an important Slovak dissident of the 20th century.