Rossignol to move part of its production from France to Slovakia

The Slovak branch in Gajary is producing frames and frame parts for high-class bicycles. 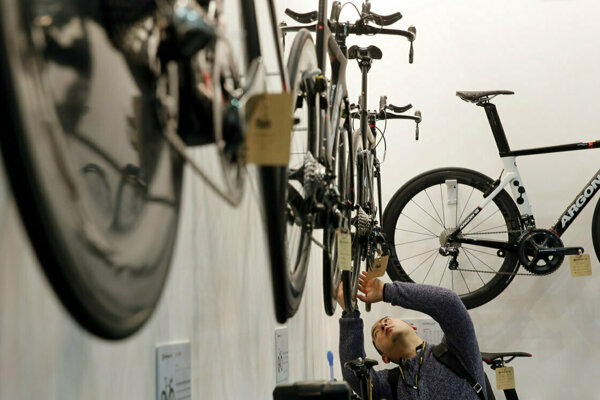 The Slovak subsidiary of the French bicycle producer the Rossignol Group, situated in the village of Gajary (Bratislava Region), is expected to increase its production.

The plant, which produces bicycle parts for the Time brand, decided to move part of its production from Vorepe in France, resulting in dismissing 29 of its current 43 employees, the SITA newswire reported.

Rossignol is currently active in Slovakia via the Gajary-based Carboprax company. It focuses on the production of frames and frame parts for high-class bicycles from carbon.

In the latest financial year, which ended on March 31, 2018, Carborax reported yields of €2.1 million, representing an annual increase by nearly 70 percent. Fifty-one employees worked in the plant at the end of last March, SITA wrote.

Problem: too many plants

There is also a rumour that Rossignol will stop production in Voreppe altogether.

The changes planned by Rossignol are part of the restructuring plan concerning part of its portfolio, known as Time Sport. It focuses on the production of premium road bicycles. The reason is the attempt to improve the economic performance of the bicycle division, which has been in the red for the last three years, the Bike-eu.com website reported.

The biggest problem is the high number of plants that increase costs and decreases the competitiveness of the brand on the market, according to Rossignol.

Apart from Voreppe and Gajary, the company produces bicycle parts in Nevers, France.

Production in Slovakia may change this summer. However, the company stresses that the development and final assembly of Time Sport bicycles will remain in France, Bike-eu.com wrote.