Kuzmina bids farewell to her career with a victory in sprint 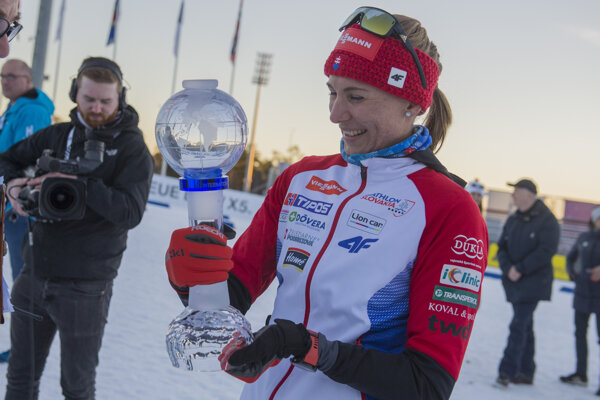 In what was probably the last sprint of her career, Slovak biathlete Anastasia Kuzmina dominated the race, which was part of the final Biathlon World Cup, held in Holmenkollen, Norway on March 21.

She won the women’s sprint with only one mistake on the shooting range. With this result, she secured the Crystal Globe.

“I managed to run a very good race today, even though I repeated that one little mistake again,” Kuzmina said for public broadcaster RTVS. “I did not believe it would do much harm when taking the overall result into consideration. I set myself up like that before the start of the race. Whatever happened, I wanted to enjoy it.” 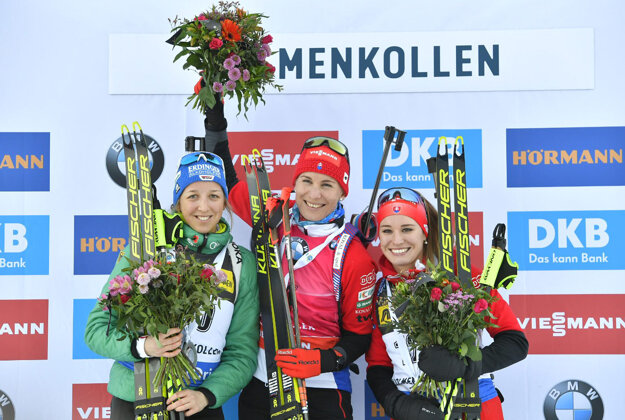 Anastasia Kuzmina in the middle and Paulína Fialková on the right (Source: Michal Svítok, TASR)

This was the third globe of her career. She already possesses the globes from the last two seasons, one from the sprint and the other from the pursuit.

It is her 17th victory in top races. In the current Biathlon World Cup season, it is her fourth victory along with ones second place.

Before the final World Cup races in Holmenkollen, Kuzmina told the public-service broadcaster RTVS that it would be the last individual race of her career. However, she still wants to help the Slovak team in the relay next year.

Read more articles by the topic
This article is also related to other trending topics: Ivona Fialková, Paulína Fialková