Following his communication with Zsuzsová, Vanek resigns from his post as prosecutor

Zsuzsová has been charged in connection with the murder of journalist Ján Kuciak. 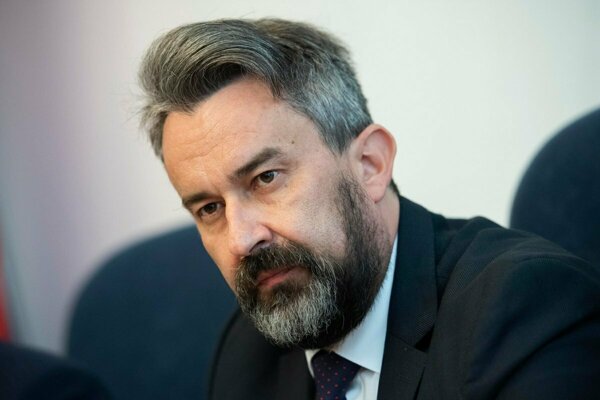 Following his decision to leave the post of deputy general prosecutor for the non-criminal division in mid-January, René Vanek has decided to resign as a prosecutor.

“René Vanek was dismissed on March 14 at his own request,” said Andrea Predajňová, spokesperson for the General Prosecutor’s Office, as quoted by the TASR newswire.

Vanek had to leave his deputy general prosecutor post following the decision of General Prosecutor Jaromír Čižnár in mid-January, after the media reported his communications with Alena Zsuzsová, whom the police suspect of paying for the murder of investigative reporter Ján Kuciak.

Čižnár stated that Vanek’s communication was incompatible with his position as deputy.

"I am sorry," said Vanek in mid-January, as quoted by TASR. "It was a big mistake, which I have paid for. It is a mistake to chat with somebody unknown."

He should have reported it

He also regretted that years of dutiful work have been erased by such a mistake. Several sources later confirmed that his work was professional and honest. However, they admitted that after he found out who the woman was, he should have told his boss about it.

Moreover, he should not have communicated with an unknown person at all, because he had gone through security screenings and had been informed how to behave, TASR wrote.

Vanek admitted that an unknown woman contacted him via Messenger in 2013. They texted “once in a while” about simple private issues, he explained.

“She had the nickname Ali Ajuška and I never knew her surname, or who she was in contact with,” Vanek claimed, as quoted by TASR. “I never met her in person.”