The winners will be announced on May 23 in Warsaw. 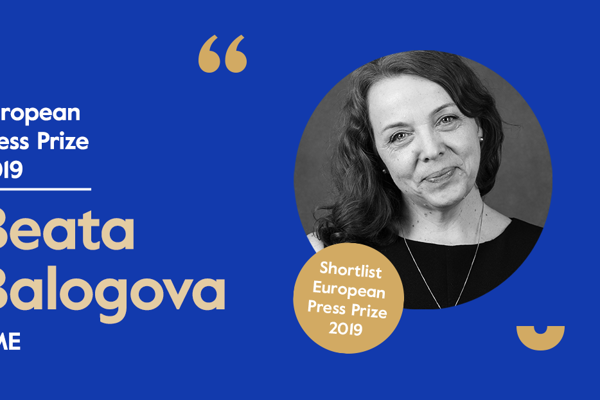 The preparatory committee of the European Press Prize has selected 23 stories, which were written by journalists from 17 European countries, including Slovakia.

"Our shortlist represents the best journalism Europe has to offer," said Thomas van Neerbos, director of the European Press Prize, as quoted in the published press release.

One of the shortlisted pieces is an op-ed by Beata Balogová, editor-in-chief of the Sme daily, entitled Let's Continue Talking About Murder, not Fico's Media Tyranny.

"It is a powerful, argumentative and passionate journalistic response to the murder of Ján Kuciak," said Konstanty Gebert, a preparatory committee member, as quoted by Sme.

Slovak journalists Denisa Gdovinová and Filip Olšovský are also nominated, in the category of distinguished reporting, for the article titled If We Were Roma, We Would Not Come Back from Britain, published by the Týždeň weekly.

This shortlist is a tribute to all journalists creating quality under trying circumstances, added van Neerbos, as quoted in a press release.

The prize is awarded in four categories: distinguished reporting, investigative reporting, innovation and opinion. The award ceremony will take place on May 23 at the Gazeta Wyborcza daily in Warsaw, Poland.