The city is changing the traffic markings on some stretches of the affected streets. 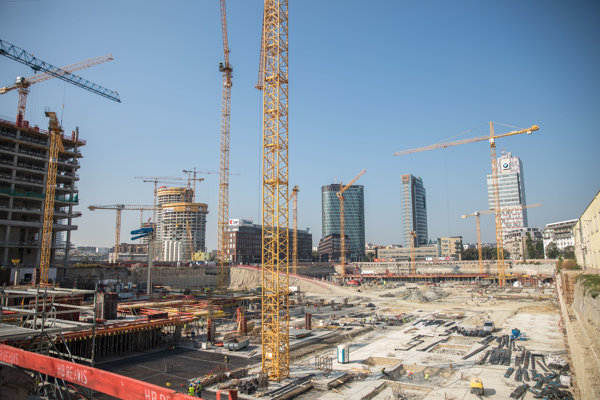 The new bus station in Bratislava is under construction. (Source: TASR)
Font size:A-|A+

Free bus transport, introduced to alleviate the complicated traffic situation in Bratislava, ended on Sunday, March 31. Simultaneously, the 50-percent discounts offered by Bratislava Integrated Transport (BID), the coordinator of integrated transport in Bratislava and its vicinity, on a weekly ticket bought via its mobile app IDS BK also came to an end. 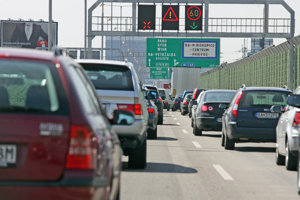 Buses and trolley buses 201, 202, 212, 75 and X72, i.e. those passing Gagarinova Street, which was expected to be the most affected street during the reconstruction of Mlynské Nivy Street and the works on the D4/R7 ring, were free for passengers from February 18 until the end of March.

“The assumed traffic collapse did not happen and public city transport became the fastest means of transport on the critical stretch of Gragarinova Street,” the Bratislava city council writes on its Facebook’s profile, adding that the buses shortened their rides on this stretch when compared to the period prior to the road closures.

The city council is calling on citizens and visitors of Bratislava to keep using public city transport as the fastest means of transport on this stretch, even when their rides are no longer free of charge. As of April 1, travellers again need to buy tickets or bus passes to travel on the respective lines.

The city council is promising to adjust the road markings on Gagarinova Street so that the visibility of the previous markings is reduced, in order not to confuse drivers.

Also, the traffic markings on the exit from Prístavný Most bridge to Bajkalská Street will be changed to separate cars arriving from the direction of Trnava from cars coming from Petržalka, in order to smooth the flow of traffic onto Bajkalská Street. If this measure does not help to speed up the bus lines 98, 96 and 196 during morning peak hours, the city council will consider re-directing their routes to the Apollo bridge. 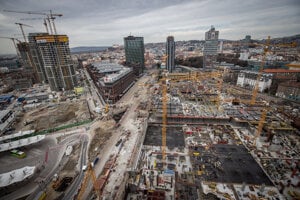 Two big construction projects are complicating traffic in the capital concurrently. The continuing construction of the new Mlynské Nivy bus station has closed Mlynské Nivy Street and work on the Bratislava ring road D4/R7 has restricted traffic close to the Prístavný Most.

Both related closures started in mid February. Mlynské Nivy Street will be closed for six months to all traffic. Public transport buses and trolley buses will bypass the closed street via Páričkova Street while other traffic will go via Landererova Street. During the following six months public transport will be allowed to return to Mlynské Nivy Street.

Traffic experts have estimated that traffic restrictions in the city would increase traffic jams in Bratislava by about 20 percent.