The recent poll carried out by AKO shows 10 parties in the parliament. 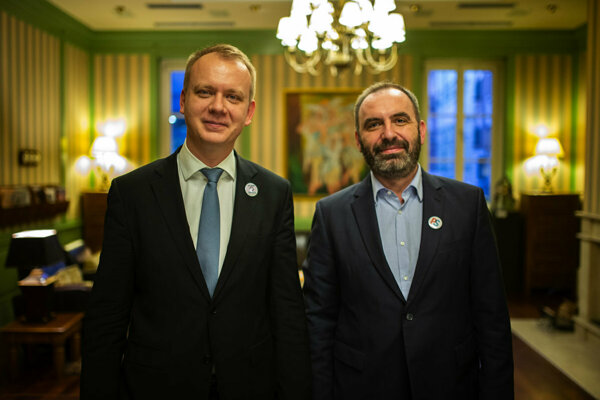 If the parliamentary elections were to take place shortly after the presidential race, the coalition of the non-parliamentary Progressive Slovakia and Spolu parties would become the second strongest party in the parliament. The coalition would win the support of 14.4 percent of the vote, as stems from the AKO poll carried out between April 1 and 2 on 1,000 respondents.

The election would be won by the senior ruling party Smer with 19.7 percent of the vote, down from 22.4 percent in the February poll.

Opposition party Freedom and Solidarity (SaS) would come in third, winning the support of 12.9 percent of respondents, down by 1.9 percentage points.

Čaputová's presidential campaign has helped accumulate support for Progressive Slovakia in recent months. The question is whether the party will manage to keep up its performance in the polls, Václav Hřích of the AKO agency claimed.

“She [Čaputová] carried an element of being a candidate of Progressive Slovakia in herself, which helped promote the party's brand,” he added, as quoted by Sme.

Another seven parties would win seats in the parliament. The fourth strongest party would be the far-right People's Party Our Slovakia (ĽSNS) with 11.5 percent support in the April poll, which is an increase of two percentage points, Sme wrote.

The Sme Rodina (We Are Family) party of Boris Kollár would follow with 10.7 percent. The Ordinary People and Independent Personalities (OĽaNO) would come next with 8.6 percent, followed by the Slovak National Party (SNS) with 7.6 percent, the Christian Democratic Movement (KDH)with 6.9 percent, and Most-Híd with 5 percent.