Investors: No crisis on the horizon

However, survey indicates that mood of investors has deteriorated slightly. 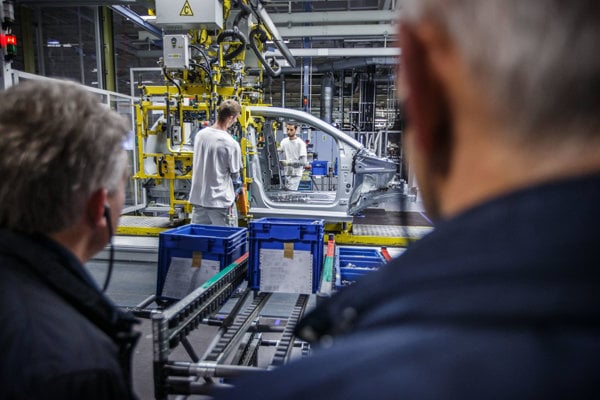 The expectations of European investors in assessing the development of the Slovak economy have slightly deteriorated but a crisis is not on the horizon.

“No crisis is in sight, although the mood has deteriorated slightly,” said Peter Kompalla, executive director of the Slovak-German Chamber of Commerce and Industry when presenting the results of the regular economic outlook survey on April 1.

Half of those polled assess the current situation in Slovakia positively, down 13 percentage points from a year ago. Only 5 percent assess it as bad, up from 3 percent last year. The survey’s results reflect the successful year of 2018, when businesses had quite a large number of orders. However, the picture has changed when respondents were asked about their expectations. Only every tenth company expects the Slovak economy will do better than last year.

“This is quite surprising because, according to official forecasts, the Slovak economy should grow from 3 to 4 percent,” said Markus Halt, spokesperson for the chamber.

The challenges that investors face in Slovakia remain the same, in particular, the lack of a qualified labour force and growing wage costs. Investors expect that the latter will increase by 7.5 percent on average, a decrease from the 9.5 percent figure of one year earlier.

The expectations of the development of their own companies are generally optimistic while the survey participants continue to consider Slovakia the second most attractive place to invest in central and eastern Europe. As in previous years, the Czech Republic placed first and Estonia and Poland came in third and fourth.

But the share of companies that would invest in Slovakia again decreased by 7 percentage points to 73 percent compared to previous years. Kompalla ascribes the drop to the growing costs for industrial companies while he considers this year's result to still be a very positive share.