Austrians protest against the completion of Mochovce again

But both the operator of the nuclear power plant and the Slovak regulator consider it scaremongering. 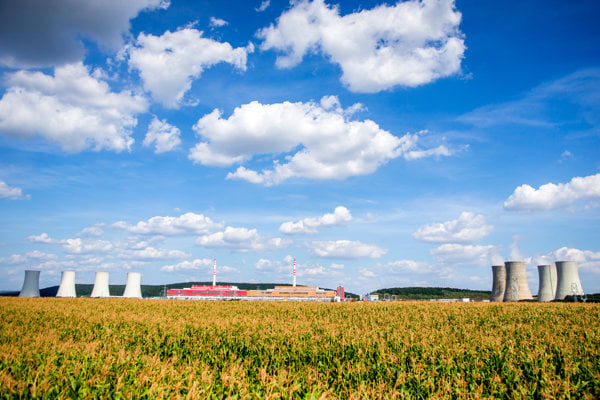 The Austrians have objected to the third and fourth blocks of the Mochovce nuclear power plant, situated in Nitra Region, once again.

The testimonies and photos clearly show that the containment shell of the reactor was damaged by negligent drilling and could fail in the event of an earthquake or explosions could lead to a major accident, according to its press release.

“Based on this information, we have to assume that the static of the reactor building weakened and the hermetic chambers, which should stop the escape of radioactive material in the event of a major accident, are damaged,” said Reinhard Uhrig, spokesperson for GLOBAL 2000, as quoted in the press release.

However, Slovenské Elektrárne, Slovakia’s dominant energy generator and the operator of the Mochovce nuclear power plant, disagrees with such a statement.

“We strongly oppose the fake news about the new nuclear units in Mochovce that is being spread by the organisation via the Austrian media,” said Miroslav Šarišský, spokesperson for Slovenské Elektrárne, Slovakia’s dominant energy generator and the operator of the Mochovce nuclear power plant, as quoted by the SITA newswire.

The company called the statement of the Austrian organisation misleading and false.

“This shows an absolute lack of knowledge about the complex projects aimed at increasing seismic resistance of existing nuclear power plants and those under construction and creates fear and panic among the citizens of Austria and Slovakia,” Šarišský added, as quoted by SITA.

The Austrian organisation only creates pressure

Slovenské Elektrárne has carried out a complex project of increasing the seismic resistance during the construction of the third and fourth blocks. As part of it, more than 60,000 steel anchor plates, which follow the engineers’ calculations and project, were installed on both blocks.

“The result is the increase in both blocks’ resistance against any earthquake that could occur near the Mochovce nuclear power plant,” Šarišský said, as quoted by SITA.

The company has also tested the tightness of the hermetic zone of the power plant, which posted great results, he added.

In his opinion, Global 2000 is trying to stop putting the two blocks into operation by using any means. This includes putting pressure on the Austrian government, Šarišský added, as quoted by SITA.

Meanwhile, the Nuclear Regulation Authority (ÚJD) stated that it is continuing with the so-called safety dialogue on the completion of the two nuclear blocks in Mochovce with the Austrian government.

“We continue the dialogue at the government and expert level,” said Miriam Vachová of ÚJD, as quoted by SITA. “Moreover, in an attempt to maintain a correct and helpful approach that goes beyond the dialogue, the Nuclear Regulatory Authority provides GLOBAL 2000 representatives with detailed information in written form or in person, most recently in February 2019.” 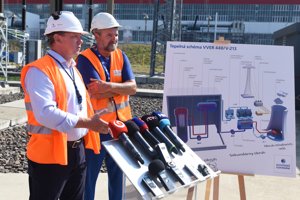 ÚJD will not permit the launch of the nuclear facility, which starts with nuclear fuel loading into reactor units, unless all requirements on nuclear safety and the positive results of the tests are carried out, she added. In spite of this, the Austrian NGO continues spreading ungrounded allegations.

“We would like to draw attention to the fact that the intention of the Austrian organisation is to halt the launch of the nuclear power plant Mochovce 3 and 4 by any means,” Vachová said, as quoted by SITA. “Therefore, the organisation does not hesitate to spread false and misleading information and scaremongering.”