Flixbus to connect eastern Slovakia and Germany with regular buses

Passengers can travel to Munich and Berlin from May. 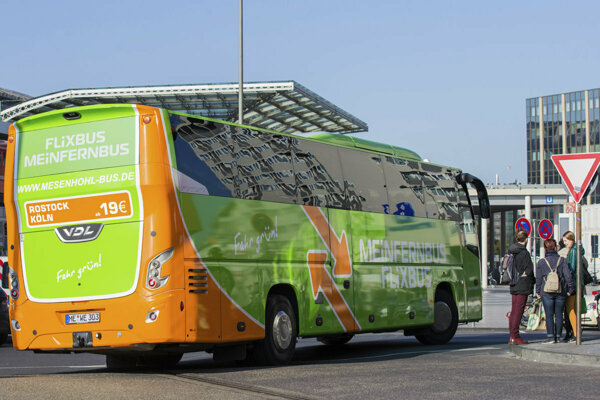 Flixbus and Turancar will launch regular bus routes to Germany from eastern Slovakia in May. (Source: TASR)
Font size:A-|A+107

Passengers from eastern Slovakia will be able to travel to Germany on regular international buses from May. The private carriers Flixbus and Turancar will introduce two new bus connections, one between Prešov to Munich and the other between Košice and Berlin.

There will be several stops in other Slovak and foreign towns on the way.

“We believe that not just those travelling between Slovak towns will welcome the new international connection,” said Pavel Prouza, a head of Flixbus in the Czech Republic and Slovakia, as quoted by the SITA newswire.

Munich, Vienna, and Berlin are destinations summer and weekend travellers may also find attractive, Prouza added. As a bonus, passengers will be able to reach Schönefeld airport in Berlin from eastern Slovakia.

The new routes are 900-kilometre-long, and Flixbus will arrive in the final destinations in Germany within 15 hours. Yet, connections are to be scheduled for the night, SITA wrote.

However, Flixbus does not expect most people to travel from Prešov and Košice to Berlin. For example, some may decide to get off in Salzburg, Austria.

“We will add a stop in Gliwice in Poland to the Berlin route,” Prouza added, as quoted by SITA.