The League Against Cancer organised the 23rd annual Day of Daffodils in Slovakia. 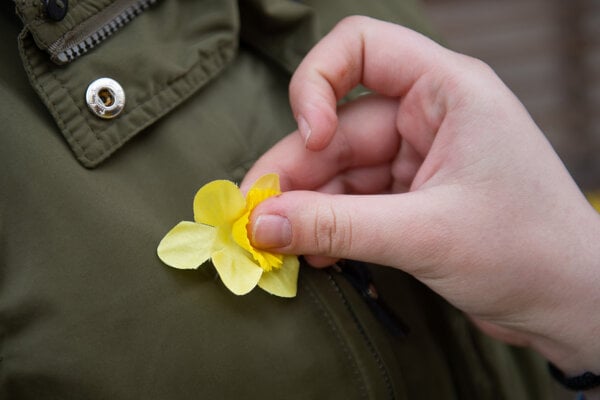 Hundreds of volunteers selling yellow daffodils filled the streets of Slovak towns and villages on April 11, with the aim of collecting money for oncology patients.

The Day of Daffodils Day, organised by the League Against Cancer, is being held for already the 23rd year.

By donating a voluntary sum, people contribute to a specific aid to help cancer patients and their families across the country.

“Anyone who pins a daffodil to their clothes will express support and fellow feeling with people fighting cancer,” the representatives of the League Against Cancer said, as quoted by the SITA newswire. 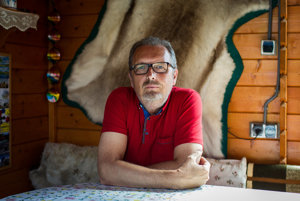 Read also:I was digging in the ground, crying Read more

About 34,000 people are diagnosed with cancer every year. Last year, the League Against Cancer collected more than €1 million thanks to volunteers on the streets.

The money is used to pay for projects that directly help cancer patients and their families. The Help Centres in Bratislava, Martin (Žilina Region) and Košice prepare daily programmes and offer a wide range of services, including rehabilitation, language courses, lectures and workshops.

Part of the money goes directly to patients in material need due to their illness. The League Against Cancer also focuses on prevention and raising awareness among the public, supports medical facilities, hospitals, other civic associations and research in oncologic diseases, SITA wrote.

How to donate money?

There are different ways to donate money.

Volunteers selling the daffodils wear a yellow T-shirt with a logo of the League Against Cancer and a text saying “Ja som” ("I am" in English) and a number. They will hold a white paper money box with orange and blue printing on it. Each box will be taped up with blue protection tape and the white inscription “Deň narcisov”, the TASR newswire reported.

Apart from purchasing a daffodil from volunteers on the streets, people can also: